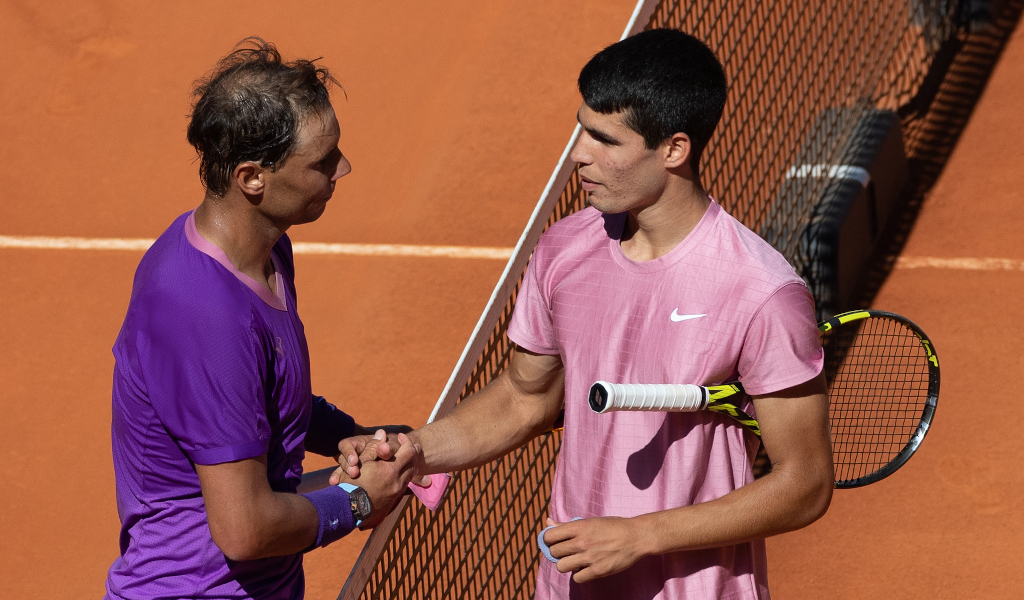 Rafael Nadal is one of the most successful tennis players of all time and knows what it takes to be a champion, and now he has touted fellow Spaniard Carlos Alcaraz to follow in his footsteps and become the next best thing.

The 21 time Grand Slam winner managed to overcome Alcaraz in the semi finals of the Indian Wells Masters, but he still believes the 18-year-old has what it takes to be a successful player.

The thing that has stood out to the 35-year-old and the reason why he’s making these claims is because of Alcaraz’s game.

“I think he has all the shots, he can play very aggressive, he can play defensive because he’s super fast, he can defend amazing balls – of course when he’s playing aggressive it is difficult to stop him because the quality of his ball is very high,” the 13 time French Open winner explained in his post-match interview after beating Alcaraz.

“I think he has all the ingredients to become an amazing champion, I didn’t come to the match more nervous because I was playing a youngster, I treated it like I was playing against a top-eight player – in terms of level that was my feeling.

“When you are young, when you are living new experiences for the first time, everything is new, you are playing in stadiums against opponents in tournaments that just one or two years ago you were watching on TV.”

Nadal believes the key to becoming a successful player is to keep striving to improve, and he’s already seen that in the Spanish youngster.

“(When you’re young) I think you’re excited, you have the passion, you have nothing to lose, he’s at the beginning of this process,” the 2022 Australian Open champion said.

“It looks like he’s humble enough to work hard and to understand that we, the tennis players, if we want to be great champions, the only way is to keep improving during all our careers – that’s what I tried, I really believe that he’s doing that.

“I don’t have many doubts that he will be great, he is already by the way!”

Nadal is set to face American Taylor Fritz in the final of the Indian Wells Masters later today.