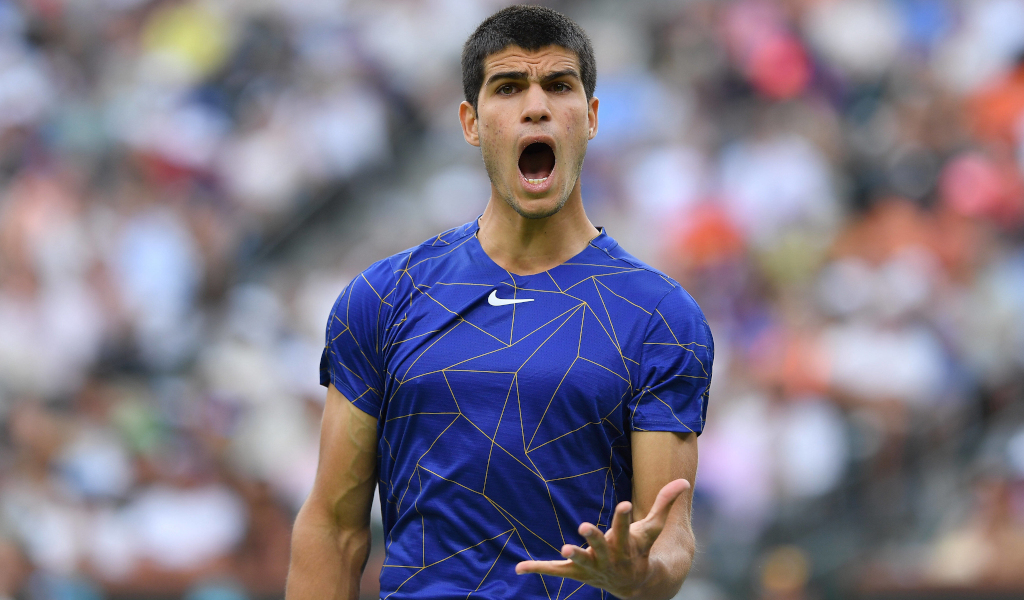 Carlos Alcaraz is through to his first ATP Masters 1000 final at the Miami Open after beating the defending champion Hubert Hurkacz.

The Spanish youngster defeated his Polish opponent in two hours with the the score line of 7-6 (5), 7-6 (2) at the end of the match.

The 18-year-old will now face Norwegian Casper Ruud in the final at the Miami tournament following his defeat of Francisco Cerundolo, and it’s his first final at an ATP Masters 1000 competition as well.

After his semi-final tie, Alcaraz was brimming with emotion and he said: “It’s something that you dream of when you are a child, I have a lot of emotions right now.

.@alcarazcarlos03 takes out the defending champ in straight sets! pic.twitter.com/nmbW1fQIxw

“I’m going to approach the final like a first round, trying to mask the nerves, I’m going to enjoy it, it’s going to be a great final – it’s great to be able to play my first Masters 1000 final here in Miami, I love playing here in Miami, amazing crowd, amazing atmosphere, everything is amazing.

“Now very much I’m trying to improve my game, hitting big forehands, hitting big shots, drop shots, trying to be aggressive all the time – of course you have a plan in every match against every player.”

Alcaraz’s victory over Hurkacz was his second semi-final at a Masters 1000 tournament, with his first being at Indian Wells where he faced fellow Spaniard Rafael Nadal.

Although he admitted he learnt a lot from the 21 time Grand Slam champion, the Next Gen Finals winner thinks he performed better this tine around.

“But in the second one I think I did much better than in Indian Wells.

“It was a different match, this one than Rafa’s match, but I think the nerves, the top moments I managed better in this one than in Indian Wells.

Alcaraz and Ruud go head-to-head in Miami tomorrow to decide who takes the title to add to their tally.