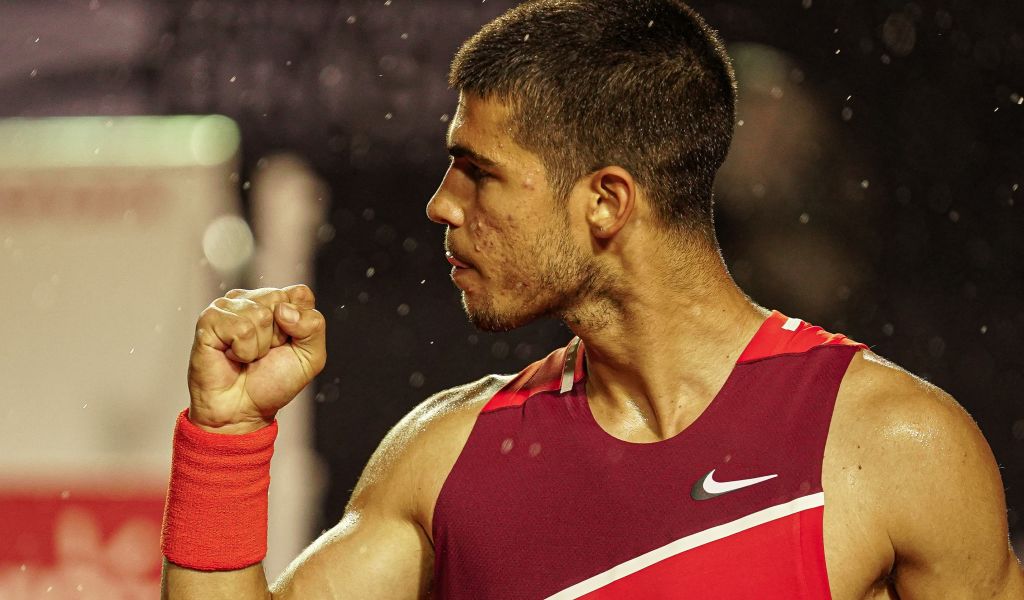 Spaniard Carlos Alcaraz has experienced a meteoric rise in his tennis career over the last 12 months and it isn’t showing any signs of stopping, thanks to help from his physical trainer Alberto Lledo.

The 18-year-old is currently ranked as world No 19, whereas this time last year he was only at No 132, and this rise can be credited to his performances which include winning the Rio Open last month, making it to the third round of the Australian Open, winning last year’s ATP Next Gen Finals and now making it to the round of 16 at the Indian Wells Masters and he could still progress further in the competition.

Alcaraz has himself admitted his sessions in the gym have helped him achieve these accolades, but Lledo has revealed how he tailors his exercise suit his game.

“We were looking at resistance because, for example, at Roland Garros – five sets – you can spend four or five hours on court, so you must have metabolic resistance to withstand those loads, you have to be strong and fast but at the same time resistant.”

And it’s not just his exercise and fitness which the US Open quarter finalist takes into account to try and improve his game, but also his diet which is something he takes very seriously.

“Carlos’ diet is based on real food, he doesn’t eat processed food or anything like that, even the supplements he takes are based on real food – a real high performance athlete like him needs glycogen to function and get energy, a lot of carbohydrates and a part of fat.

“Of course he also needs protein which is a generator of muscle mass – right now thanks to food, rest and work habits, he has developed the body of a proper tennis player, he has already reached the ideal body of him.”

Alcaraz next takes on Gael Monfils from France in the fourth round of the BNP Paribas Masters tomorrow.