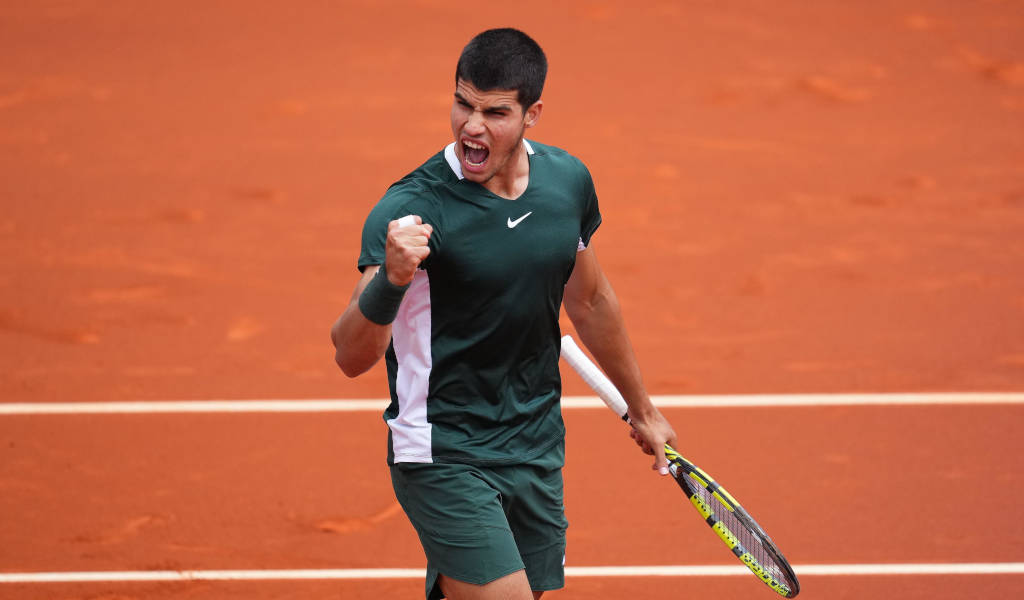 World No 6 Carlos Alcaraz gets back into action as the ATP Tour returns to clay with the Hamburg Open.

He will set out to win his 11th ATP 500 match in a row when he takes on Austrian-born German player Nicola Kuhn in the Round of 32 on Tuesday.

Alcaraz claimed a top ten win on the way to each of his titles in Rio and Barcelona, knocking over Matteo Berrettini in Brazil and downing Stefanos Tsitsipas in Spain, to the delight of the home crowd.

The 19-year-old will make his debut in Hamburg, leading the field as the top seed at the event.

Hamburg’s own Alexander Zverev will not be in the field as he continues to recover from the injury that saw him limp out of the French Open.

Alcaraz reached the quarter-finals in Paris before losing to Zverev in a phenomenal match.

He was on the wrong end of another great contest at Wimbledon, suffering a Round of 16 upset to fellow Next Gen ATP star Jannik Sinner.

It wouldn’t be right to characterise this as a dip in form but Alcaraz must now deal with being someone that other players want to beat instead of being the underdog.

Alcaraz hasn’t played a non-Slam tour event since May’s Madrid Masters but despite a lack of time on court heads to Hamburg as the favourite.

Also in the field is Alcaraz’s sometimes training partner Pablo Carreno Busta who is the defending champion.

Carreno Busta was beaten by Alcaraz in straight sets in the Barcelona final and might want to show the young upstart that he can still hack it.

At the other end of the draw is a man who has three ATP Tour wins this season in Andrey Rublev.

Rublev also has fond memories of Hamburg having won the title on his last visit in 2020 and he starts his tournament against Alexander Bublik who infamously doesn’t enjoy clay.