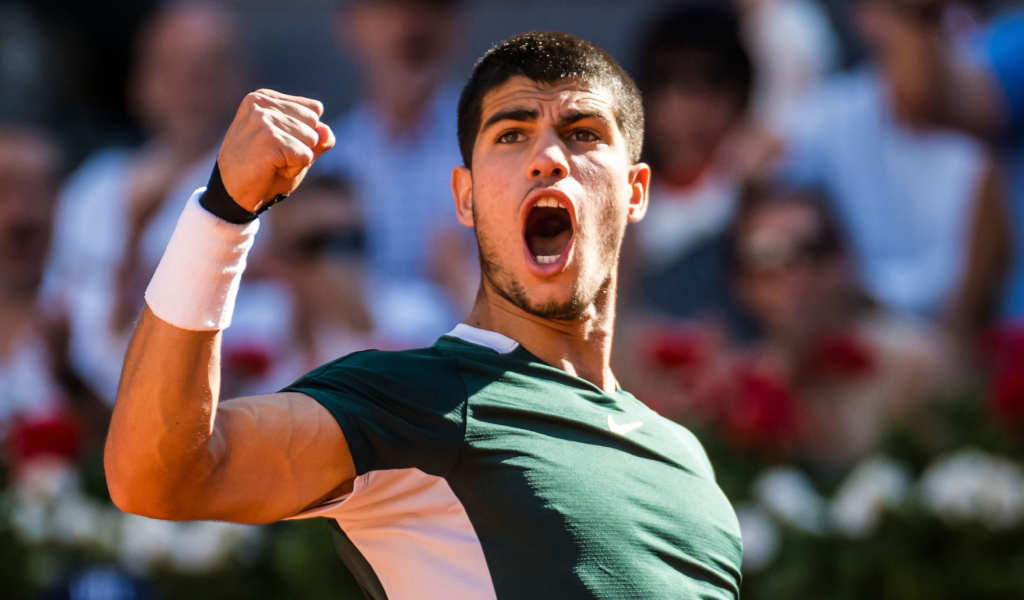 The statistics keep improving!@carlosalcaraz will become WORLD NO. 4 on Monday! 🤯 pic.twitter.com/Turz2SBM8C

Alcaraz also had to overcome a roll of his right ankle in the second set that looked like it could end his run before triumphing in a dramatic decider with Zeppieri eventually struggling with cramp in the decider.

“It’s amazing to be in a final here again,” said Alcaraz in his on-court interview. “I enjoy playing here in Umag and I’m really happy with the win today.”

Alcaraz is also set for a rankings boost and will rise above Stefanos Tsitsipas into a career No 4 slot in the ATP Rankings.

The Umag final will also be Alcaraz’s 100th tour-level match.

The 19-year-old Spanish breakout star was confident his ankle has not suffered significant harm.

“At the moment it is good,” said Alcaraz. “I don’t feel too much right now. Let’s see tonight or tomorrow morning, but I am going to say I will be ready for the final.

“It would be amazing in my 100th match to get the win, and of course it is amazing to be No. 4 on Monday. It’s something great for me, but right now I am just focussed on the final.”

The close and at time intense encounter saw some spectacular exchanges between Alcaraz and Zeppieri in the Croatian heat.

Both young guns were crushing heavy balls from the baseline and enjoying plenty of success in return games.

Alcaraz converted six of the 15 break points he earned while Zeppieri claimed four of 13 chances to reverse the Spaniard’s serve, but both players stayed aggressive throughout making for an incredible match.

Zeppieri got sucked into a fifth successive three-setter and waivered as cramps set in, allowing Alcaraz to clinically reel off the three games he needed to clinch a two-hour and 56-minute win.

The young Italian enjoyed great crowd support and went toe-to-toe with Alcaraz in an impressive performance, considering he had not won an ATP Tour match before this week.