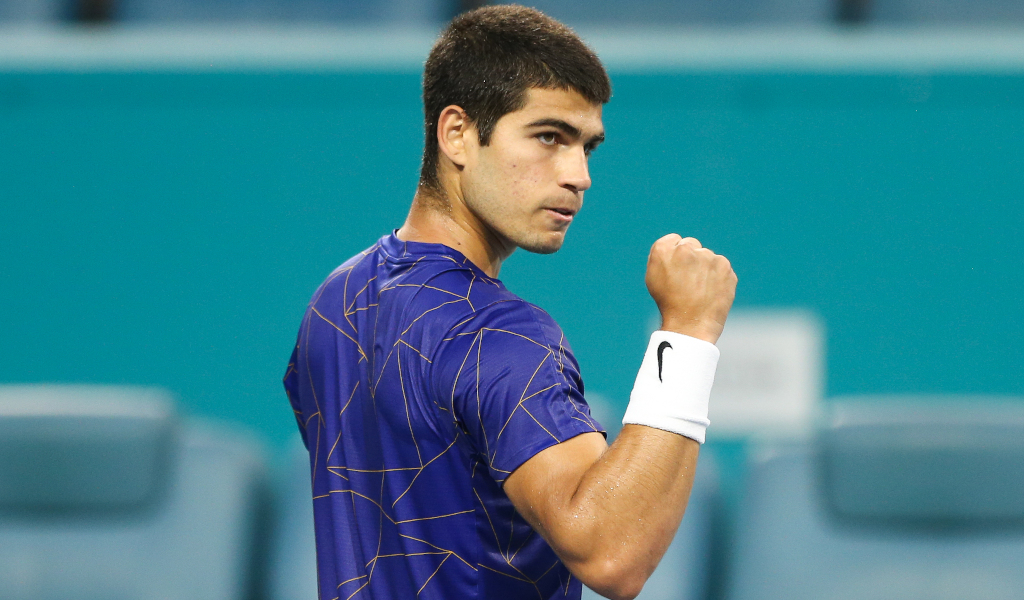 Carlos Alcaraz is yet to hit top gear since winning the US Open and becoming world No 1, but he did just enough to beat Jack Draper at the Swiss Indoors on Monday.

Since his glorious run at Flushing Meadows, Alcaraz has lost one of his two Davis Cup Finals play-off matches for Spain while he was also beaten in the first round of the Astana Open.

And he initially struggled to get going against British youngster Draper before emerging with a 3-6, 6-2, 7-5 in two hours and 17 minutes at St. Jakobshalle in Basel.

Back to winning ways 🙌@carlosalcaraz comes through a tight battle against Draper in his Basel debut!#SwissIndoorsBasel pic.twitter.com/JsMRsTpXLK

Alcaraz looked out of sorts in the first set as the world No 45 broke in game three to edge ahead. The Spaniard had two break points in game eight, but Draper held firm and then broke to love in the next game to take the opener.

But the teenager was back to his best at the start of the second set as he raced into a 4-0 lead after a double break and then served it out to go to a decider.

Draper started to struggle and he needed some treatment after going 1-2 up and two games later he found himself behind as Alcaraz broke to lead 3-2.

However, the British No 3 broke back in game eight and then held serve to lead 4-5 before Alcaraz broke again in game 11.

Draper saved two match points on the Alcaraz serve and then fashioned two break points, but the world No 1 was not to be denied as he sealed the match at the third time of asking.

The top seed was full of praise for Draper, who last week became the first British player to qualify for the season-ending Next Gen ATP Finals in Milan.

“In the beginning of the match it was tough,” Alcaraz said. “I did a lot of mistakes in the beginning. I wanted to play really aggressive on this court.

“For me, it’s a bit slower than the other tournaments. But obviously I had to handle that, I had to work on my problems and change my tactics a little bit in the second set.

“I knew that Jack is playing great. He is a really dangerous player and I really had to be focused and, of course, never give up.”

The Spaniard will face either Botic van de Zandschulp or Adrian Mannarino in the second round.