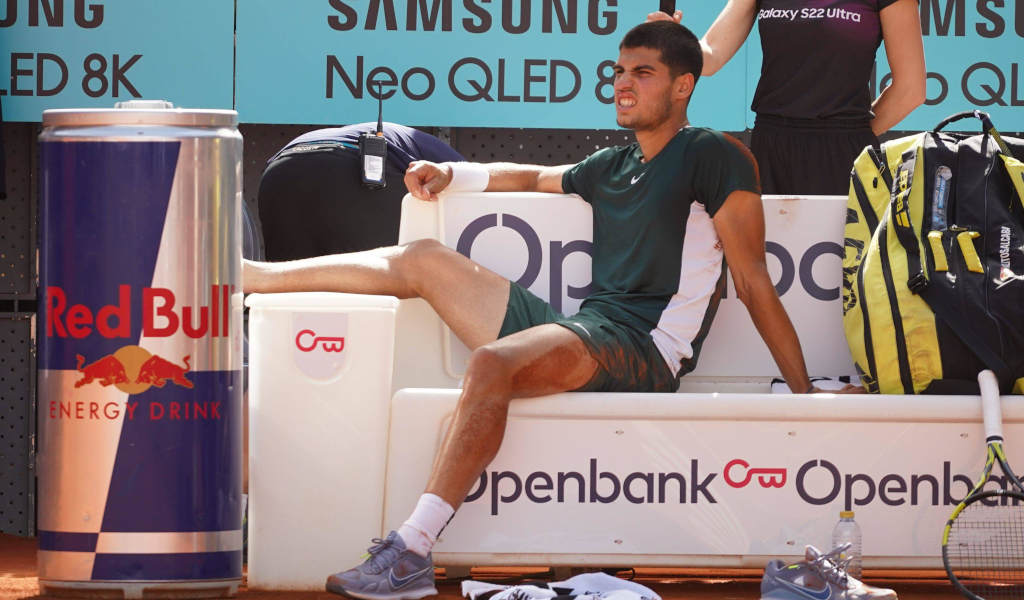 Carlos Alcaraz fought off the effects of an injury and a Rafael Nadal comeback to book his place in the Madrid Open semifinals.

The 19-year-old took a nasty fall at one point but came out on top in the two-hour, 29-minute epic.

Alcaraz savoured the victory as a special moment in his career.

Alcaraz had lost both his previous meetings with Nadal but can seemingly do no wrong this season as he reaches the last four at a Masters event for the third time this season.

Nadal has never before lost to a teenager on clay giving Alcaraz another unique milestone in an amazing season.

Alcaraz broke Nadal in the first game, however, the 35-year-old struck right back.

Nadal couldn’t get a foothold in the set though and two further breaks saw Alacaraz take the opening stanza.

“It affected me a lot,” said the Spaniard. “When I lost the second set, I [just] thought that I was able to come back, to do my best, try everything on court, fight until the last ball. It was the key.”

However, Alcaraz gritted through his issues and would be reinvigorated in the third set.

The young Spaniard would claim a decisive break in the fourth game of the third set and hold firm on serve to secure passage to the last four.

Alcaraz has now won his last five matches against top ten opposition and will see that streak put to the test by Novak Djokovic.

The hard-fought victory over Nadal also elevates the Spaniard to No 6 in the all-new ATP Live Rankings. However, Andrey Rublev can reclaim that slot if he beats Stefanos Tsitsipas in another quarterfinal later on Friday night.