Carlos Alcaraz news: Sky is the limit for teenager as pundit says his Miami title ‘is a huge moment for tennis’ 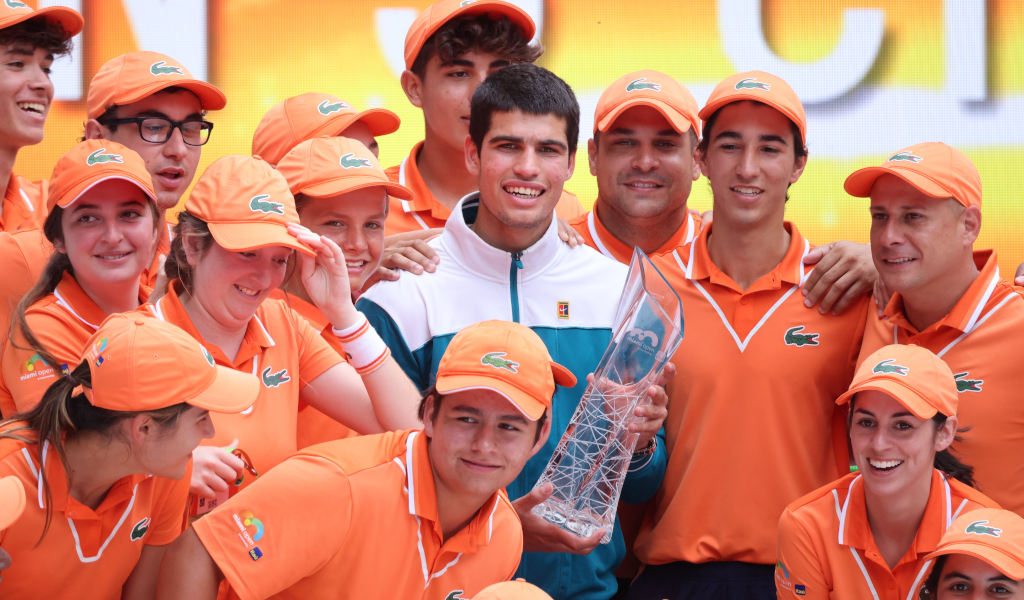 Carlos Alcaraz’s Miami Open success is the first of “many big titles” with former British No 1 Tim Henman suggesting the teenager could be the man to step up once the Big Three retire.

The 18-year-old Alcaraz won the biggest title of his career as he defeated Casper Ruud in Florida to claim his maiden ATP Masters 1000 trophy. Aged 18 years and 333 days, he is the youngest player and first Spaniard to win in Miami also the third youngest player behind Michael Chang and Rafael Nadal to win any Masters trophy.

Nadal has already predicted that his compatriot will win more trophies and Henman also waxed lyrical about the teenager’s success, saying it is “scary” that he can still improve further.

“It was an incredible performance,” he told Amazon Prime. “These are images (of Alcaraz celebrating a Masters 1000 title) that we are going to see many more times in the future.

“All aspects of his game have been absolutely incredible. You look at how quickly he’s developed. He’s still only 18, so to see him perform at this level, how aware he is and the attitude on the court – he’s just dealing with everything thrown at him and he was in a different league out there.

He added: “When you break down his game and with him being so young still, there are areas he can improve on and that’s the scary element. His rise has been so quick and if he continues with this attitude and game style it’s frightening to think how many big titles he’s going to win.

“This is his first Masters 1000. You’d say hard court is not his preferred surface, so moving the sky really is the limit.”

Tennis has been dominated by Nadal, Roger Federer and Novak Djokovic for the past two decades with Andy Murray and Stan Warwrinka the only other two players who were able to keep up with them at certain stages.

The big question for the sport is always “who will replace the Big Three when they retire?” and Henman alluded that Alcaraz may well be that man.

“There’s been such dominance of that Big 3. You throw Murray and Wawrinka into that equation but that group is getting older and won’t be around forever,” Henman said.

“We’ve been thinking of who will step in and take advantage. (Alexander) Zverev, (Stefanos) Tsitsipas, (Dominic Thiem), (Felix) Auger-Aliassime… There have been a lot of them in and around the conversation.

“But when you see Alcaraz put in a performance like this and the way he has been developing, he’s just getting better and better. He has that confidence, maturity and belief in his game to give him the opportunity to win more and more in the future.

“He’s going to win so many of these big titles, that’s for sure.”