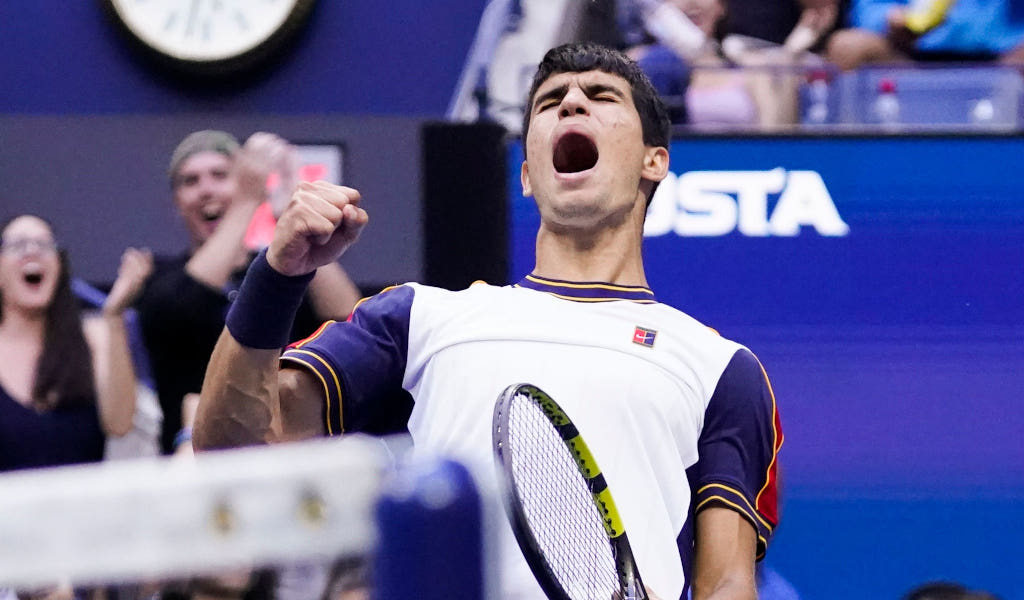 The 18-year-old had to fight back in both sets to beat Norrie 6-4, 6-3 and become the second-youngest Indian Wells ATP semi-finalist ever, only a 17-year-old Andre Agassi in 1988 was younger.

Alcaraz was understandably left struggling for words as his incredible rise continues.

“I have no words to describe my feelings right now,” said Alcaraz.

The 18-year-old fired 31 winners to come out on top in a tense duel that featured five breaks of serve in each set.

Alcaraz was down a break twice in the opening set, but won the last three games and pocketed the set with his third break point.

Once again down an early break in the second, he broke Norrie thrice before serving out the match with a love game to book the showdown with fellow Spaniard Nadal.

“I’ll be happy even if I lose that match but I’m focused right now to play my best against Rafa and be able to take my chances.”

Alcaraz has faced his hero Nadal before, falling 6-1, 6-2, in Madrid last year but has since seen a marked improvement in his performance.

He believes he can make more of a match of it with the record-setting 21-time Grand Slam champion this time, even though Nadal is on a 19-0 run to start 2022. Alcaraz has lost just once in his last 18 outings and claimed the Rio open earlier this year.

“I remember that I played really, really nervous,” said Alcaraz.

“I think this time I trained with him a couple of times, I know more how to play against him.

“I think now it’s going to be a little bit different this match. Obviously he can destroy me again. I don’t know what is going to happen.”

Nadal, who beat Australian Nick Kyrgios to reach the semi-finals, said he was thrilled to see a rising Spanish star.

“I think he’s unstoppable in terms of his career,” Nadal said. “He has all the ingredients. He has all the passion. He’s humble enough to work hard. He reminds me a lot of things when I was a 17- or 18-year-old kid.

“So I like him. I wish him all the very best. Possibly not (day) after tomorrow when he plays against me, but in general.”