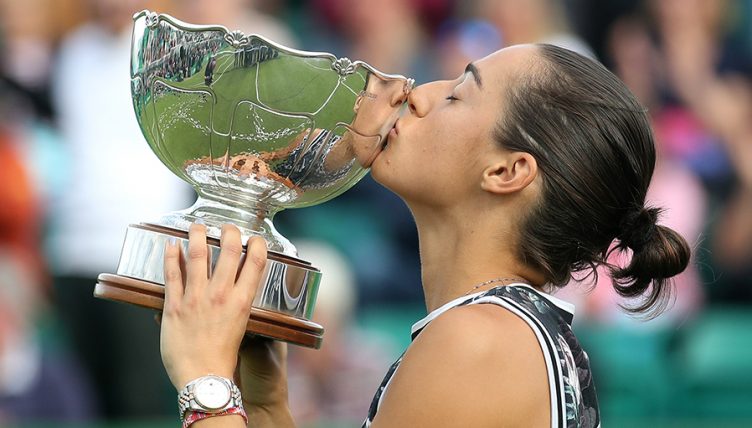 Top seed Caroline Garcia recovered from a slow start to claim her first title of the season in Nottingham.

The 25-year-old was made to work for it by Donna Vekic after rain forced her to pull double-duty on the Sunday.

Garcia’s semi-final against Jennifer Brady on Saturday fell victim to the weather, meaning it had to resume the morning of the final itself.

“It’s never easy to go to bed in the middle of the semi-finals. You’re up a break so maybe it’s better for you than the opponent, but it’s still not a very good night,” Garcia added.

“You have a lot of time to think and I know it was only a few points, a few games, so I had to be ready from the beginning when we restarted the match.

“It was very intense and I’m very proud of the way I got ready for the match, and with my team we did a very good job.”

On the final itself, Garcia added: “She just played better than me in the first set.

“And then in the second set, I just wanted to give it everything I had, even if what I had was not the best. I really wanted to fight.

“I didn’t know whether I was going to win or not because it was a very long day, but I just kept trying and trying to enjoy it, to play my game, to go forward, and I know that’s the only way I can learn about matches.”