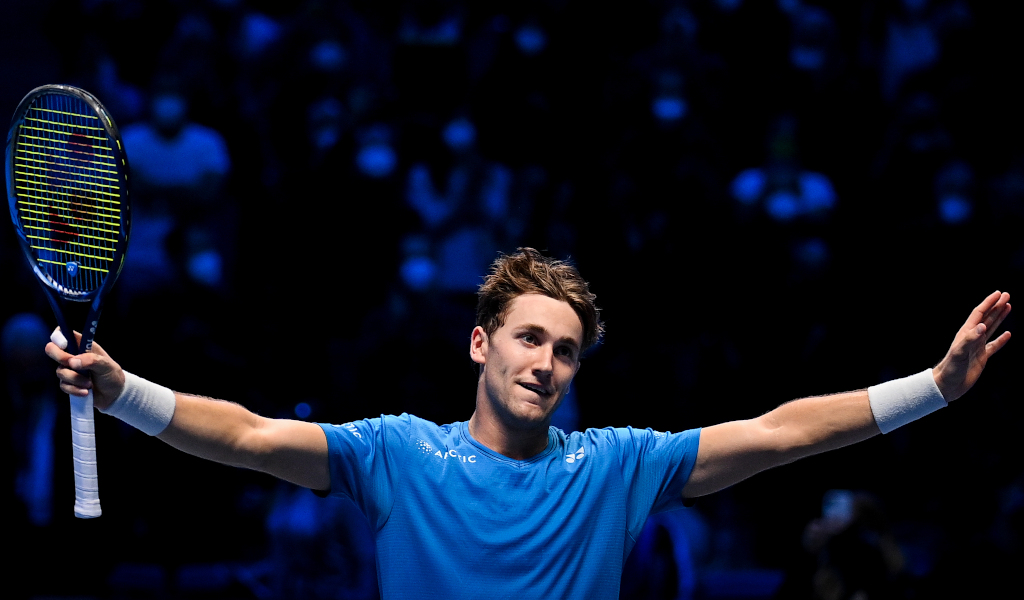 Casper Ruud defied the odds to upset Andrey Rublev and set up a semi-final showdown with Daniil Medvedev at the ATP Finals.

The 22-year-old world No 8 came from a set down to take a deciding-set tie-break and secure a first career victory over Rublev at the fifth attempt, as well as a first win over a top-10 player on a hard court.

The first Norwegian to appear at the Finals, Ruud is now the first Scandinavian to reach the last four since Sweden’s Robin Soderling in 2009.

In what was a winner-takes-all clash, a thrilling 2-6, 7-5, 7-6 (7-5) victory looked inconceivable after fifth seed Rublev dominated the first set, dropping just four points on his potent serve.

Ruud, by contrast, won only 16 of his 32 service points as the set slipped away in 34 minutes.

But just as he had against Cameron Norrie in his previous match, Ruud upped his level in the next.

He retrieved an early break to prompt Rublev to hurl his racket to the floor, and then pounced on a weak service game to level the match.

A nip-and-tuck deciding set swung the way of Ruud in the tie-break when he gobbled up a poor second serve and then finished the job with an ace. 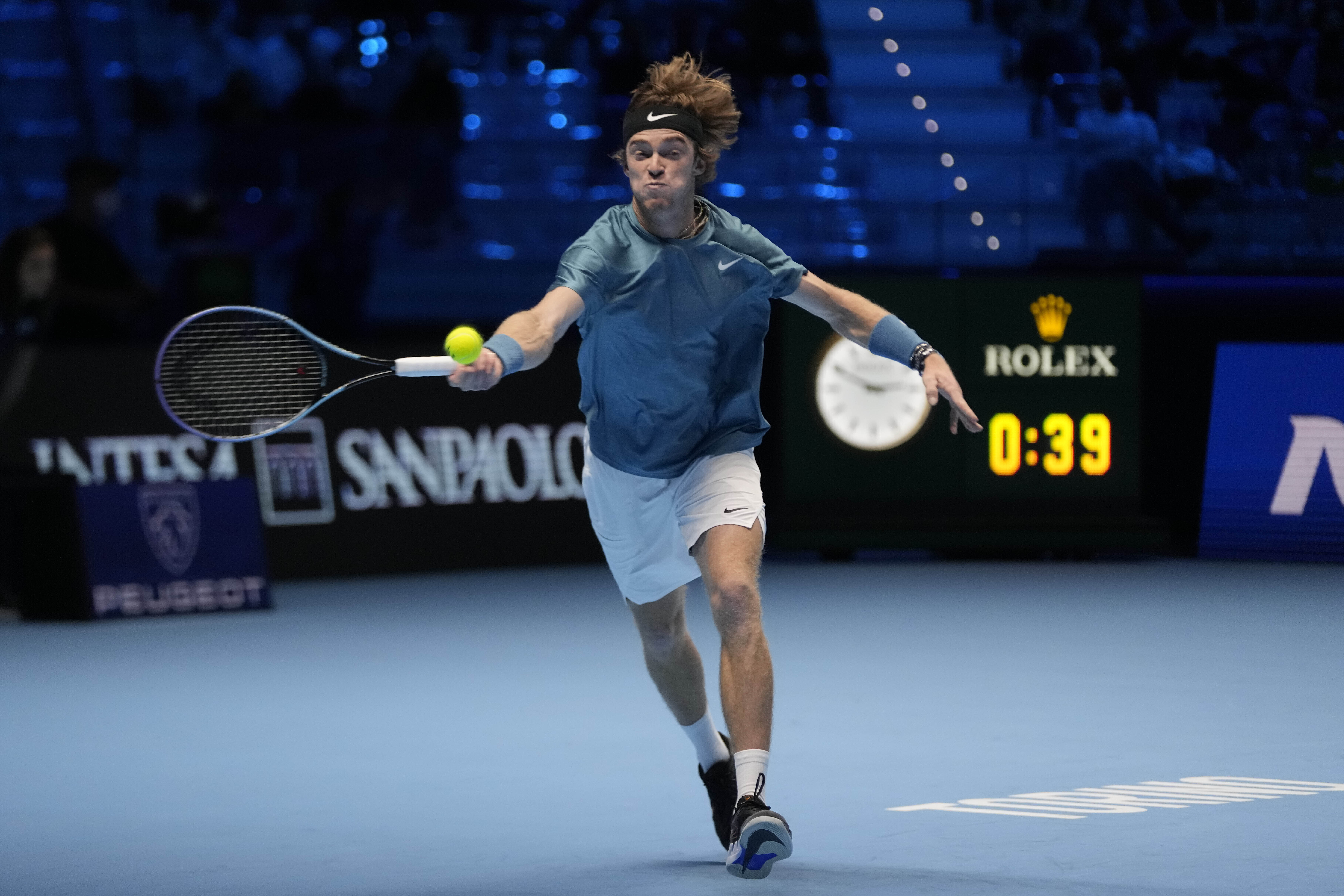 “It’s tough, the court is playing very fast and Andrey rips the ball faster than anyone else,” said Ruud in his on-court interview.

“It’s not easy against him, he makes you run all the time so I had to fight fire with fire.

“Maybe he had the pressure on him in this match, he has beaten me four times and maybe he saw a good opportunity to reach the semi-finals.”

“A different kind of player than today. But, one of the best in the world for the past two or three years. He’s proven himself at the top of the world [rankings].

“I’ve played him a couple times. lost both times. But I know a bit what I’m going to face and it’s going to be a fun challenge for me.”

Earlier Great Britain’s Joe Salisbury made it through to the last four in the doubles.

Salisbury and Ram, the US Open champions, topped their group after three wins from three matches.

Salisbury will be the last Brit standing in Turin with second alternate Norrie unable to qualify in the singles and Jamie Murray, alongside Bruno Soares, out of the running in the doubles.

“Obviously it’s great that we had three of us here playing, and hopefully we can keep it going and go all the way,” Salisbury told Amazon Prime.

Their victory earned a semi-final showdown with top-seeded Croatians Nikola Mektic and Mate Pavic on Saturday.

“We knew the situation, we won our first two matches and we still weren’t guaranteed to go through, so we’re obviously very pleased to get the three wins and get through,” he added.

“It will be another really tough match. We’ve had some close matches with them this year and if we play our best hopefully we’ll come out on top.”