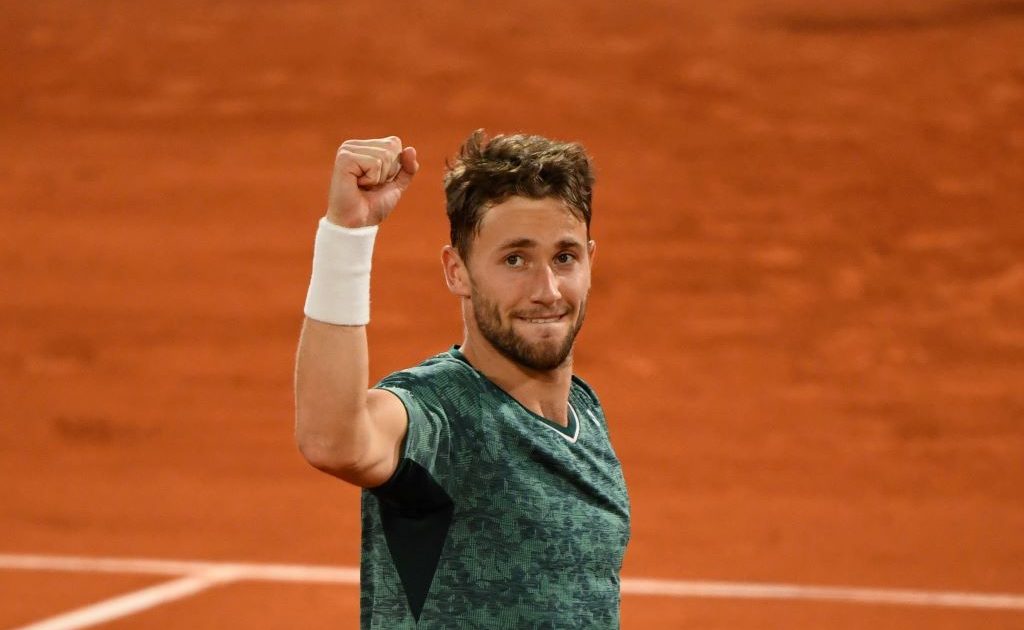 Ruud’s run to the US Open final saw him hold a career-high World No 2 ranking for a time.

He is already the highest-ranked Norwegian man in tennis history but his talent demands the bar be set a little higher for Ruud.

Ruud admits that he doesn’t inspire a great deal of excitement in his native Norway, where skiing is the most popular participation sport and footballer Erling Haaland is without a doubt the biggest sports star.

As of the end of 2022, Ruud is yet to win an ATP Tour event of 500 level or higher but it appears to be a matter of time before he does win a big title.

In 2022 he lost both the French and US Open finals albeit in contrasting matches.

Ruud was overwhelmed on Roland Garros centre court as he came face to face with the god of the French Open Rafael Nadal.

The US Open final was far more even but Ruud couldn’t win enough big points to turn the tide against Carlos Alcaraz.

Ruud is known to be a big fan of another popular past-time in Norway, Golf.

Norway has the fifth most golf courses per capita in the world, and Ruud has spent time on many of them but his life on tour means that he also gets to play courses all over the world.

Ruud even once confessed that his preferred preparation for Wimbledon was to hit the links which he found to be a more appropriate use of grass.

His Instagram account is tennis dominated as is his life, but there is also room for some sun and fun.

Ruud doesn’t shy away from showing off his six-pack on social media either.

Casper Ruud has been dating Maria Galligani since 2018.

Galligani is a Norwegian but currently studies in Odense at the University of Southern Denmark.

She is studying psychology full time at the moment but occasionally pops up at Casper’s big matches.

He now has an estimated net worth of $7.5 million at the end of 2022 bagging his biggest purses as the runner-up in Paris and New York.

Ruud may have only won ATP 250 tournaments and has only been a titlist on clay there have been signs that he could develop into an all-court force.

He is a repeat titlist at the Argentina Open and Swiss Open and goes into 2023 sporting a nine-match winning streak in Geneva.

“They provide me with great quality equipment when it comes to both clothing/shoes and racquets.

“I feel very comfortable and confident in my game with the Yonex racquet I use and ever since I started using Yonex I’ve played some great tennis.

“It’s a very serious and professional brand and they always follow up on me and provide me with anything I would need.

“I feel privileged to have them on my team and hopefully they will be with me for many more years!”