Casper Ruud on facing Novak Djokovic in ATP Finals: ‘I feel like the underdog, but he is human’ 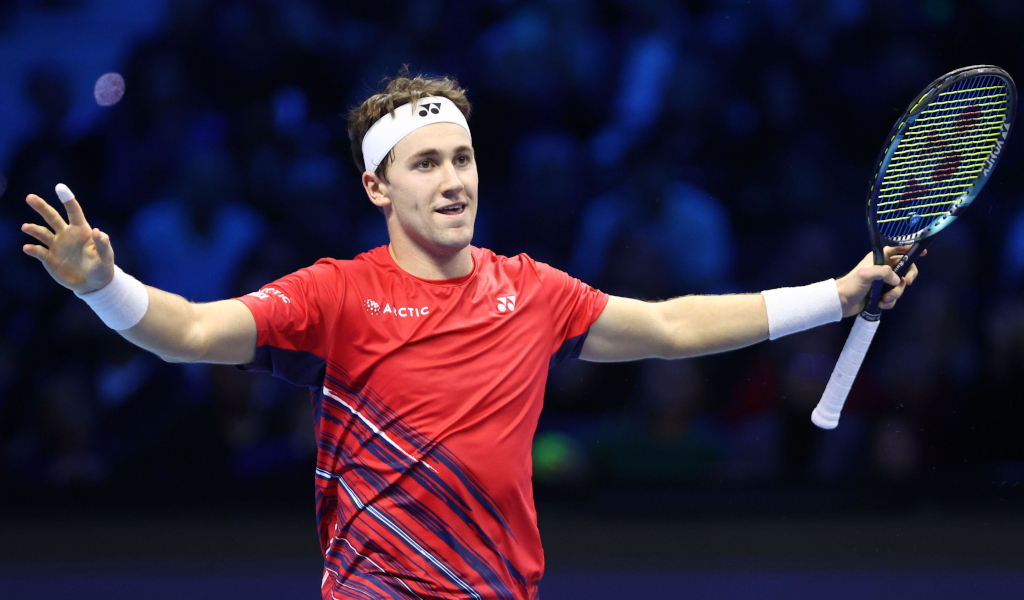 Casper Ruud knows he will have to come up with something special if he is to beat Novak Djokovic and win the ATP Finals title for the first time.

The pair will square off in the showpiece match at the season-ending event in Turin after both claimed straight-set wins in the semi-final on Saturday. Ruud defeated Andrey Rublev 6-2, 6-4 to reach the final for the first time while Djokovic won two tie-breakers against Taylor Fritz to reach the final for an eight time.

The Serbian, of course, has won the tournament five times, but last of those titles came in 2015 while he last reached the final in 2018 when he finished runner-up to Alexander Zverev.

Sunday’s meeting will be the their fourth at top level and the head-to-head record does not make for pretty reading for the Norwegian as he has lost the previous three encounters with the most recent a two-set defeat in the semi-final of the Italian Open in May.

“Novak, in a final on an indoor hard court here, is one of the toughest players you can play in the history of our sport,” Ruud said.

“I know that I will need to come up with something I have not done yet against him because I haven’t been able to beat him. Just try to believe that I can win. It’s not going to be easy, obviously, but I will give it a shot, my best shot.”

Of course Ruud went on to achieve great things after that loss in Rome as he finished runner-up to Rafael Nadal at the French Open and was also a finalist at the US Open.

The 23-year-old finds himself ahead of Djokovic in the ATP Rankings and he could finish the year at No 2 if he wins the final, but he is latching onto the underdog tag against a formidable opponent.

“He’s a player that doesn’t have many weaknesses at all. But he’s human. He’s had a great year… But he is human. He lost two weeks ago to [Holger] Rune in the [Rolex Paris Masters] final,” the third seed added.

“It’s not like he plays these finals every day of his career, in his life. I’m sure he will also feel a little bit of pressure. There’s a lot on the line.

“I may be ahead of him [in the ATP Rankings], but I feel like the underdog. He has won this tournament five times and I’ve seen them all on TV, how great he has played.”