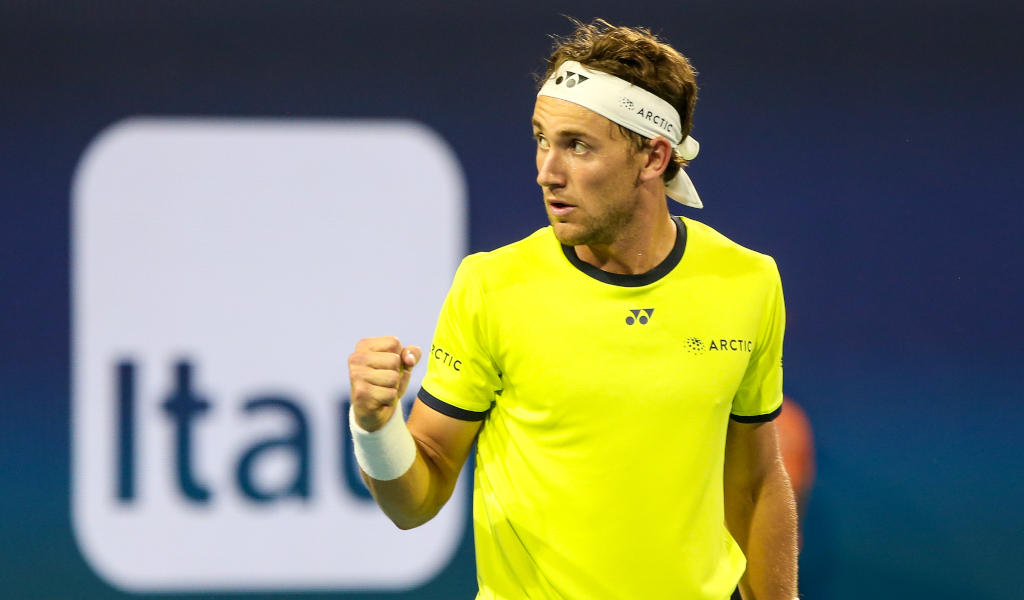 It was another first for Casper Ruud at the Miami Open on Friday as the Norwegian reached his maiden ATP Masters 1000 final with a comfortable win over Francisco Cerundolo.

Having reached three Masters 1000 semi-finals on clay, Ruud added one on the hard courts to his list after reaching the last four, but he could still go one better after beating the Argentine 6-4, 6-1 in one hour and 34 minutes at the Hard Rock Stadium.

The world No 8, who stunned second seed Alexander Zverev in the quarter-final, was slow out of the blocks as the unheralded Cerundolo broke in the opening game of the match.

However, the Norwegian soon hit his stride as he broke back in game two and then bided his time to get the decisive break in game 10.

Both players had their opportunities early in the second set as Ruud saved two break points in his first two service games while the Argentine saved two in game two.

Ruud then pounced in game four as he broke to love and doubled up two games later before serving it out to become the first Norwegian to reach a Masters 1000 final.

“It means a lot. I am still young and this and the Grand Slams are the biggest stages in the sport and this is where you would like to do well,” Ruud said.

“Ever since I was a little kid, I’ve looked up to these finals on TV, watched pretty much all of them when I was young, sitting on the sofa watching the good finals, so it’s fun to be here myself. It’s tough to sometimes reflect on everything, but I am enjoying it and hope I can deliver a good final on Sunday.”