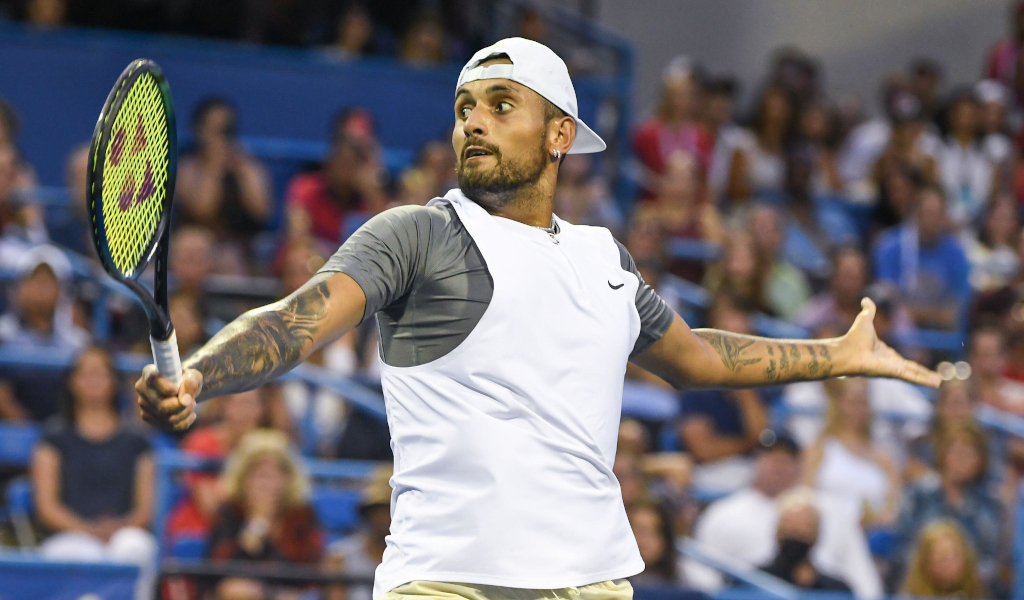 Daniil Medvedev, Carlos Alcaraz, Dan Evans and Nick Kyrgios will all open their 2022 Western & Southern Open campaigns on Tuesday as they look to end their US Open warm-up preparations on a high.

World No 1 Medvedev and third seed Alcaraz are coming off disappointing performances at the Canadian Open while Evans and Kyrgios enjoyed deep runs in Montreal last week.

Medvedev, who lost in the second round against Kyrgios in Canada, has a lot on his plate this week as he is in danger of losing top spot in the ATP Rankings to Rafael Nadal. If the Spaniard ends up banking 1000 points by winning the tournament, then Medvedev will need to reach at least the quarter-final to stay top.

“Talking about the match with Nick, I played good. I lost the match, so the result was, let’s put it this way, terrible losing first round, if we don’t talk about who I lost and which match,” he said. “But because of… the last years and the way I’m feeling right now, I’m feeling confident for Cincinnati and [the] US Open itself.”

The top seed opens his account against breakthrough Dutch star Botic van de Zandschulp in the second round while a win could see him face Denis Shapovalov or Tommy Paul/Jenson Brooksby in the third round.

Medvedev added: “For sure [I] want to try to win as many matches as possible here to grow this confidence of winning matches for the US Open. But we’ll take it match by match. As we see in the draw, I feel that the draw is very, very packed.

“Sometimes you have somebody retiring here and there, somebody tired from the season, maybe not in the best shape here. When I look at the draw I’m like wow, every match we have, even in the first round, is a tough match.”

Kyrgios, a quarter-finalist in Canada, is also in Medvedev’s section and will feature in Cincinnati for the first time since 2019. The Australian, who won the Citi Open a fortnight ago, takes on Spaniard Alejandro Davidovich Fokina.

Alcaraz, meanwhile, lost his opener against Paul in Montreal and admitted that he failed to deal with the pressure of being a pre-tournament favourite.

He will be hoping for a better display when he takes on Mackenzie McDonald on Tuesday.

Evans is coming off his best-ever performance at an ATP Masters 1000 event as he reached the semi-final last week and he rose to a career-high No 22 on the back of his run. The British No 2 faces Serbia’s Filip Krajinovic first up.