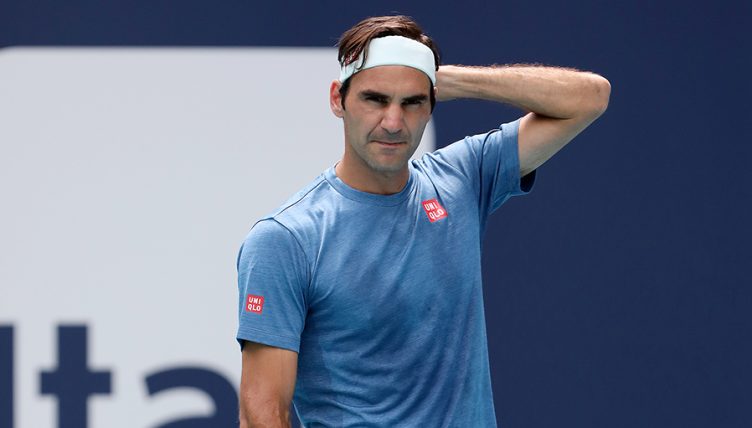 Roger Federer says he is “not very confident” going into clay court season, although his Miami Open success has taken the pressure off him.

Federer has skipped clay in recent times, playing just two days on the surface in the last two years.

He has decided to return to the red dirt this season, though, probably starting with the Madrid Masters, but he is worried about how quickly he’ll adapt againt to the highly specialised surface.

“I’m not very confident going into this clay court season, I can tell you that,” admitted Federer.

“I didn’t even remember how to slide anymore. I’m taking baby steps at this point.

“It’s been so little that I really don’t know what to expect.

“What this win (Miami) does for me is it just takes even more pressure off from the clay-court season.

“That’s what I’m looking at now the next four or five weeks, figuring out how we are going to go about it.