‘I want to climb up the Rankings,’ says Dominic Thiem as he eyes new highs after ‘outstanding year’ 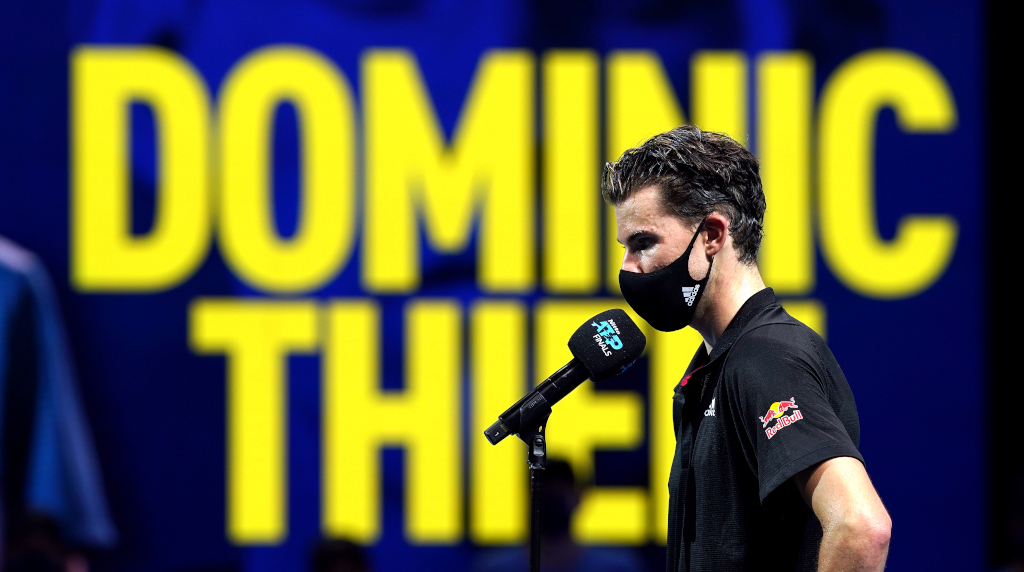 He ticked a couple of things off his tennis to-do list this year and, although he hasn’t quite set himself any goals yet, Dominic Thiem hopes to move further moving up the ATP Rankings.

Thiem reached a career-high of No 3 in the Rankings in March on the back of finishing runner-up at the Australian Open.

Tennis then went on a five-month hiatus due to the coronavirus pandemic, but once the sport resumed the Austrian reached another high as he won his maiden Grand Slam, beating Alexander Zverev in the US Open.

It had to be like this – my career was always like the match today – many ups and downs and I love the way it turned out. pic.twitter.com/ksFDgIfws8

“When the tennis world [came back], our job came back – I mean, luckily it came back – everything was different with life in the bubble, playing without [a] crowd. There were many, many new experiences,” Thiem said after finishing runner-up to Daniil Medvedev at the ATP Finals. “I think it is still a very tough year for many, many people. We athletes, and I’m speaking of tennis players, we are very privileged to do our jobs.

“If I speak about the tennis, if I speak about my job, I mean, it has been an outstanding year. I have reached one of my big lifetime goals with winning that Grand Slam.

“So even though it’s a tough year, it will always have a special place in my heart this year, 100%.”

With a difficult 2020 season done and dusted, it is natural to start looking towards the new campaign and he already has one goal in mind: the top two spots in the ATP Rankings, which are currently occupied by Novak Djokovic and Rafael Nadal.

“It was still a very intense year, since the Tour returned [it] was super intense, so I haven’t set myself any goals yet for next year,” he said. “But of course I want to climb up the Rankings.

“I mean, this year and also [last] year has been amazing. I was playing great and had deep runs in many, many big tournaments. That’s what I want to do as well next year. If I’m able to do that, I think I will also get chances to climb the Rankings.”