Confirmed: Date of Rafael Nadal’s planned return has been announced 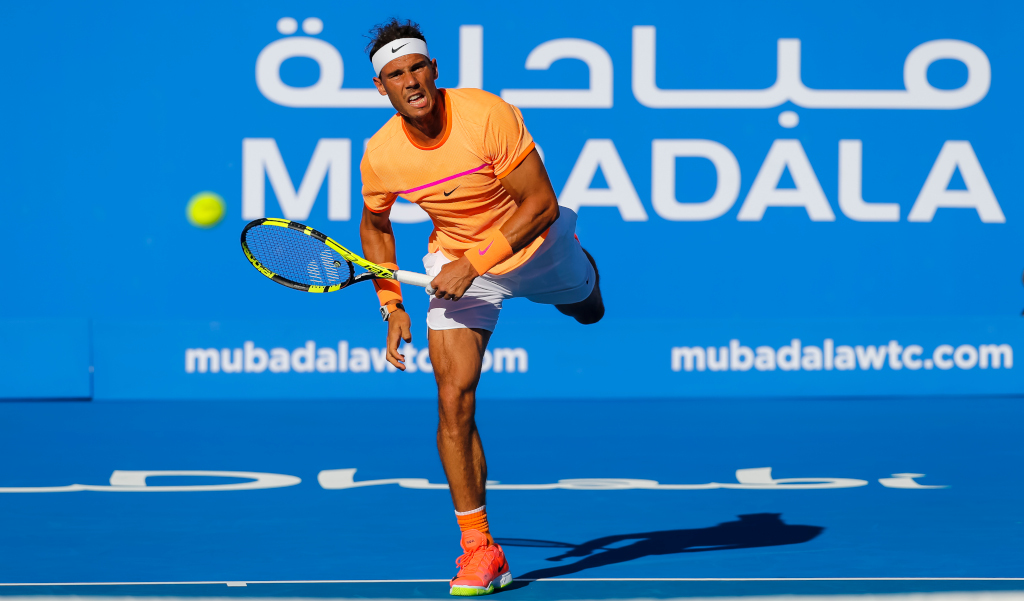 Rafael Nadal is planning to make his return to action at the Mubadala World Tennis Championship in Abu Dhabi in December, as he eyes up a return to full fitness ahead of the Australian Open in Melbourne in the first month of 2019.

Questions were raised over Nadal’s hopes of playing in the opening Grand Slam of the New Year when he pulled out of this week’s ATP World Tour Finals in London, and then confirmed he would undergo ankle surgery.

The Spaniard has also been suffering with an abdominal injury in recent weeks and has enjoyed an injury -plagued 2018 that has seen him pull out of major events before and during matches.

Yet the announcement that he is planning to join world No 1 Novak Djokovic by playing in the lucrative exhibition event in Abu Dhabi between December 27th and 29th confirms that the 17-time Grand Slam champion is not expecting to be out of action for as long as some had feared.

“Rafael Nadal will once again set the courts alight when he returns to Abu Dhabi to play in the Mubadala World Tennis Championship,” confirmed tournament organisers on Tuesday.

“The tennis supremo joins an impressive line-up this year; Novak Djokovic, Kevin Anderson, Dominic Thiem, Hyeon Chung, Karen Khachanov and Venus Williams – who have already confirmed their appearance with the final player set to be announced shortly. Fans can look forward to a thrilling three-days of tennis action as the world’s top seeds battle it out to be crowned champion.”

Nadal reached the quarter-finals of last year’s Australian Open before being forced to retire from his match against Maric Cilic in the fifth set due to injury and admitted last week that he has been frustrated by a season hampered by injuries.

“It has been a complicated year, very good at the tennis level when I was able to play, and at the same time very bad as far as injuries are concerned,” the Spaniard said.

“I have done everything possible to reach the end of the season in good condition, both in Paris and London, doing things well and I really wanted to play.

“It’s true that we had detected it for a long time and from time to time it bothered me. However, since the problem in the abdominal muscle also prevents me from playing in London, we take advantage of the moment to remove the free body and avoid future problems. In this way I hope to be in full condition for the next season.”