Corentin Moutet and Adrian Andreev fined after Challenger scrap, but no love lost between the pair 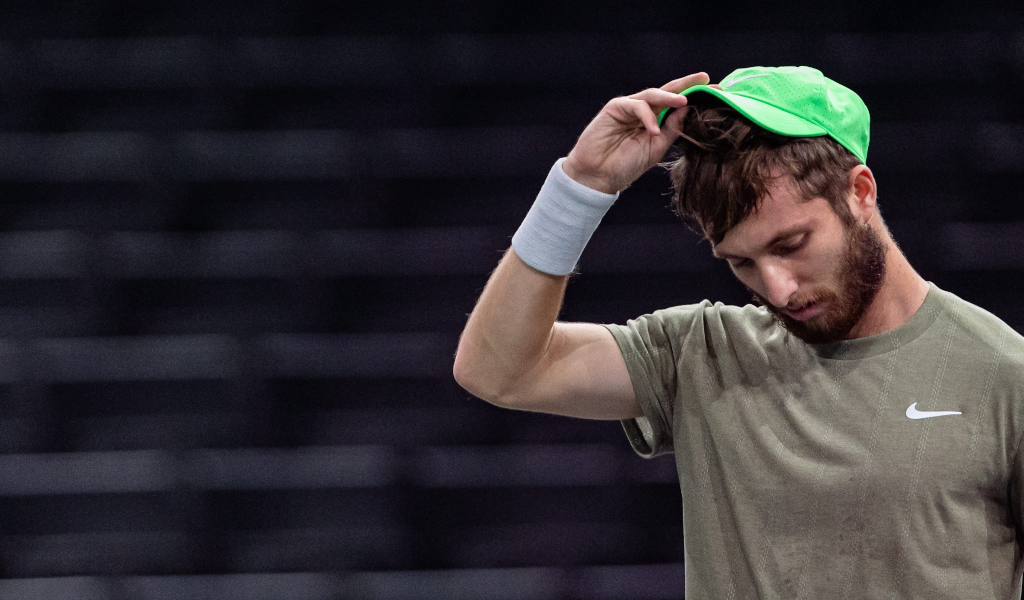 Corentin Moutet and Adrian Andreev have been hit with identical fines from the ATP following their bust-up at the Orleans Challenger event last week, but the duo are clearly not seeing eye to eye at the moment.

Top seed Moutet and Bulgarian Andreev met in the second round of the Open d’Orléans in France last Thursday, but it was clear from the get-go that there was still some tension between the pair following their previous encounter in Italy, which was won by Andreev.

The warm-up turned into a heated affair as Moutet kept hitting the ball straight at his opponent, but they managed to start and finish the match with Andreev winning 2-6, 7-6 (7-3), 7-6 (7-2). However, things escalated after the match as they exchanged words and then had to be separated by the chair umpire.

The Frenchman took to Instagram Stories to state: “I don’t want to apologise for what happened late in the game. When a player allows himself to say ‘f*** you’ twice while looking me in the eye, I can’t help but make him understand in my own way that these are not things that are done.”

He also took aim at the crowd and revealed he wanted to talk to his opponent after the match.

“You applauded the player at the end of the match,” the 23-year-old said. “Maybe, for you these are acceptable things. For me, no. In any case, he threatened me and asked me to wait at the exit of the court, which I obviously did.

“I had trouble finding him for 10 minutes. Indeed, he was hidden on the other side by six security people. I heard your threats so when you get out of the room where they hid you, I’ll be happy to see you carry them out. So, I’m waiting impatiently, we can talk calmly.”

Andreev, meanwhile, explained during his post-match press conference that their squabble went back to their match in Genoa when Moutet told him to “f*** off”.

“During the match, I felt really bad. He kept teasing me,” h e said. “In Italy he started talking to me and saying ‘what’s your problem?’ I had no problem with him. I beat him, and he told me to ‘f*** off’. He has a problem with me but I don’t have one with him…”

They were both hit with a €10,000 fine for the on-court incident as per L’Equipe.

There were reports of a further locker room bust-up after the match, but Moutet’s coach Laurent Raymond denied that they came to blows.

“I know they wanted to meet after the match but there was no explanation or physical contact,” he told L’Equipe.

“We didn’t let them get close. Once we got back to the hotel, we had dinner together and there was no abnormal excitement.”

Earlier this year Moutet was defaulted from the Adelaide International for insulting an official during his second-round match as shouted “f*** you” several times at the chair umpire.

He also took to Twitter to have his say, stating: “Different rules, different person. They’ll treat me good when they’ll need me.”