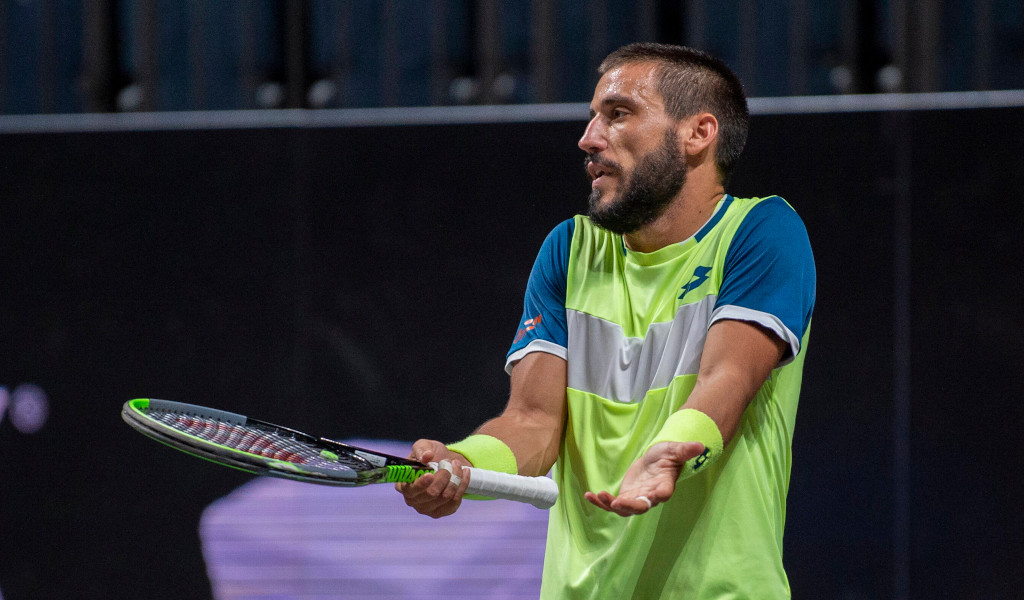 Damir Dzumhur has criticised sections of the media for failing to report “information correctly, objectively and accurately” following his exit from the Mexican Open.

The Bosnian exited the event in the second qualifying round on Sunday following a dispute over a call in the opening set of his clash against Botic van de Zandschulp.

With the score 5-5, 40-40 and Dzumhur serving, a forehand from the Dutchman was called in by the line judge, much to the Bosnian’s dismay.

Dzumhur dropped his racket and discussed the call with the chair umpire, but the official stuck to the original call and Van de Zandschulp eventually broke to lead 6-5.

Here is footage of Damir Dzumhur getting disqualified in Acapulco. He threw a tantrum after a call, got a point penalty, retired in anger and then physically intimidated the umpire. One of the few audible comments doesn’t sound great. (via @Sarayatennis) https://t.co/jr97WzpDs3

The world no 125 continued to argue with the chair umpire during the change of ends and was handed a code violation for unsportsmanlike conduct.

After winning the first point in game 12, Dzumhur again remonstrated with the chair umpire and was handed a point penalty, which was the final straw as he walked off court, threw his racket on his bag and touched fists with Van de Zandschulp.

The tournament supervisor came out to talk to the Bosnian, but he refused to continue playing and Van de Zandschulp received the walkover.

Some media reported that he was disqualified, but Dzumhur disputed that in a statement as he said he left the court “voluntarily”.

“Dear media, if you are already reporting news, then at least make sure that the news is accurate. Damir Dzumhur was not disqualified,” he wrote.

“Damir Dzumhur left the court voluntarily, due to the behavior and decisions of the chief judge, which were neither objective nor correct. Another very important thing that can be read on the portals is that I threatened to kill someone? R U people aware of what this means and where it comes from? Where does this malice come from to say such things at all?

“The media are expected to convey information correctly, objectively and accurately, but this time it was not. In the end, I apologize to my family & my loved ones and of course to those who support me for behaving so emotionally & for not showing strength, for showing once again that things like this can affect me to show my worse and weaker side.”