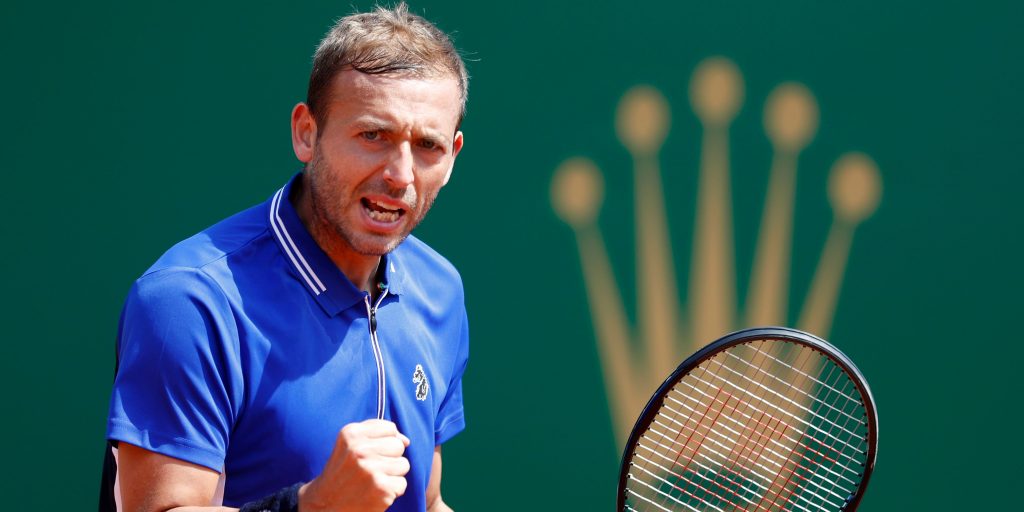 Dan Evans followed up his brilliant upset of Novak Djokovic at the Rolex Monte-Carlo Masters by beating David Goffin to reach the semi-finals.

The British No 1 stunned Djokovic on Thursday for the biggest win of his career and ensured there was no let down as he battled to a 5-7, 6-3, 6-4 victory over 11th seed Goffin.

Evans has now earned as many tour-level clay-court victories and wins at Masters tournaments this week as in the rest of his career combined and could surpass his career-high ranking of 26 next week.

Evans told Amazon Prime Video: “Just to come back today and back it up was probably the best thing about it. It probably wasn’t my best display of my game. I felt I got dragged into his game quite a bit and I was a bit far back.

“I thought I did a good job in the third to keep going point after point and hang in some games which I was probably a little lucky to come through.”

Goffin could not show similar fortitude and a wild final shot drew a huge roar from Evans as he celebrated setting up a last-four encounter with Stefanos Tsitsipas.

The Greek has won their two previous encounters easily, and Evans said: “He has handed it to me the last two times we have played. I will change some things a bit, be a bit more aggressive, that is the only way I can play.

“If I get dragged behind (the baseline) like I did today, with all due respect to David, he will come in more and knock the volleys off a bit better, so I need to be the one doing that.”