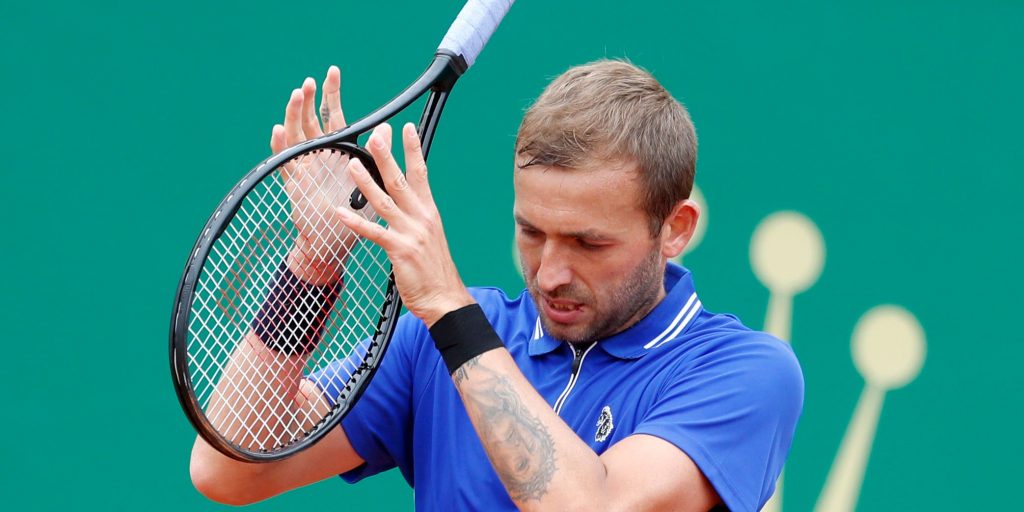 A week that Dan Evans will never forget came to an end with a comprehensive defeat by world number five Stefanos Tsitsipas in the semi-finals of the Rolex Monte-Carlo Masters.

Evans was facing a former Masters finalist for the fifth successive match having beaten Dusan Lajovic, Hubert Hurkacz, Novak Djokovic and David Goffin to reach the last four at this level for the first time.

Evans said: “It’s been a good week. It’s been pretty long. It’s been mentally pretty draining. Obviously you can’t say it’s bad to beat the world number one, but it was a lot.

“Today was difficult. Obviously it doesn’t help the way he plays. He’s very aggressive. So there’s still work to be done. I can’t be negative about today. Just have to park that and go again really.

“It’s been a great week. I won’t ever forget beating Novak, world number one. Yesterday to back it up in a great match was good as well.”

There have been plenty of complaints from male players in particular about the restrictions of life in a constant bubble, but it has suited Evans.

“There’s been a lot of issues in the world, and it’s sort of been nice to be able to forget about it,” he said.

“Granted, we’re in a bubble. But it’s been a pretty easy workplace to play and to live in. I’ve just been really enjoying it. Wearing a mask is not such a big thing. We’ve not really had lockdowns or whatnot. We’ve been lucky in a sense.”

Evans has a packed clay-court schedule, continuing next week in Barcelona, and he hopes his success on the red stuff can also help him on his favoured grass.

He said: “I prepared well. I gave myself the best chance. That’s what I’ll do for the rest of the season.

“I think on the clay, I could take some of that onto the grass. Maybe at the grand slams, on the hard, I’ve been putting a bit too much pressure (on myself), looking to really want to win.

“Rather than, when I come out on the clay, I’m more focused on my game and trying to get that right, then the result comes. There’s things to maybe take onto the grass and the hard from this week definitely.”