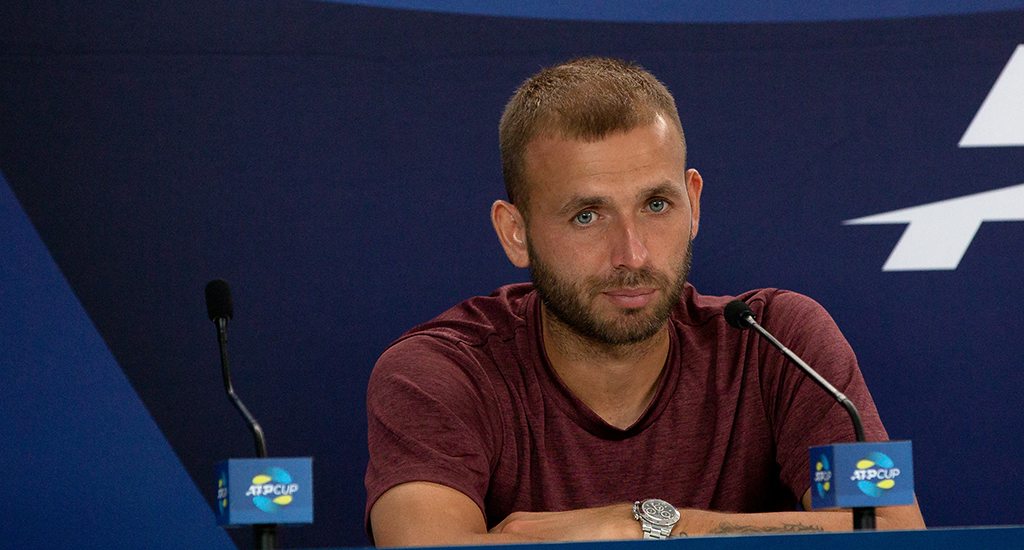 Tim Henman has heaped the praise on British number one Dan Evans, urging him to use his ATP Cup performances as a springboard in his career.

Quesitons over his attitude plagued Evans earlier in his career, but he has led Great Britain at both the Davis Cup and ATP Cup as the top player in the team.

That included tremendous wins over David Goffin and Alex De Minaur, and now Henman, who captained Britain in Australia, wants Evans to kick on from here.

“Dan has options in his game: the slice, the change of pace, the backhand down the line, serving and volleying.

“Today, his level of tennis was phenomenal, and it rates alongside any grand slam at any stage.

“But it’s harder when you’re at a lesser event and it’s windy. We know the level is incredibly high. Now he’s got to keep building on that.

“It’s a process day in, day out – and his tennis skills, his physical skills, are there. It’s a challenge mentally.

“Now, with a bit more maturity, I think there are exciting times ahead for Dan.”