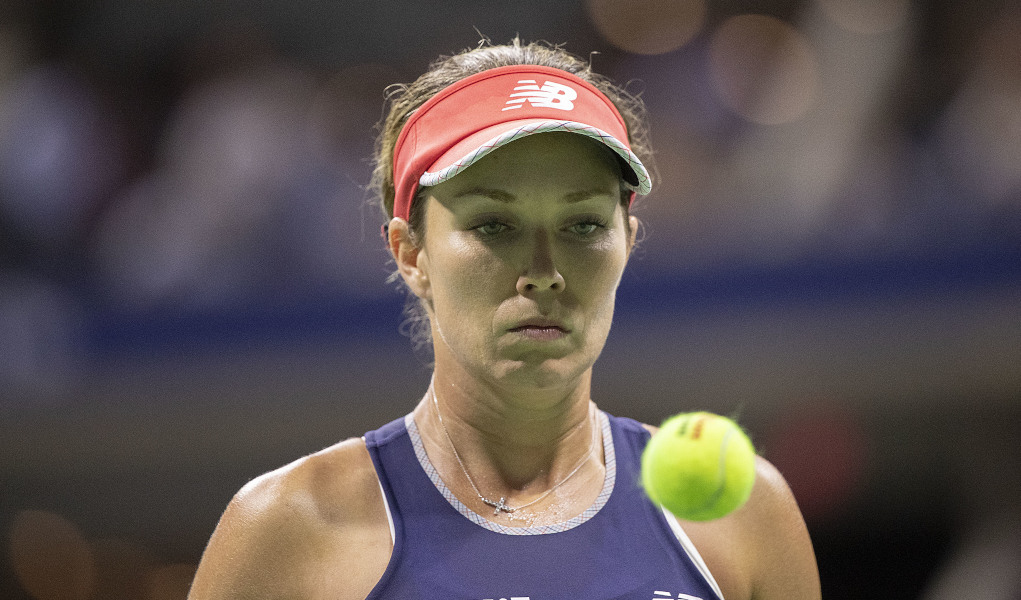 Danielle Collins has slammed Novak Djokovic over his comments that he could miss this year’s US Open due to the “extreme” regulations that could be in place.

World No 1 Djokovic revealed last week that “rigorous” rules, including getting tested three times a week, sleeping at hotels at the airport and a limit on support staff, could be enforced at the hard-court Grand Slam due to the coronavirus pandemic.

And earlier this week the 17-time Grand Slam winner went further by saying “as things stand” he is unlikely to play in New York and his “season will continue on clay at the beginning of September”.

Novak Djokovic confirms he is likely to skip the US Open, but set to play at Roland Garros

However, world No 51 Collins has criticised Djokovic for being “contradictory” following his campaign earlier this year to help players who are struggling financially due to the enforced break.

In an Instagram Story, the American wrote: “@djokernole this is a serious contradiction to previous comments about having players with inside the top 100 donate money to players outside of the top 250.

“No one has been able to play sanctioned events or make money since February. Here we have an awesome opportunity with the US Open talking about proceeding forward with the event, with some strict safety precautions to make sure all players feel safe and their health is put first. 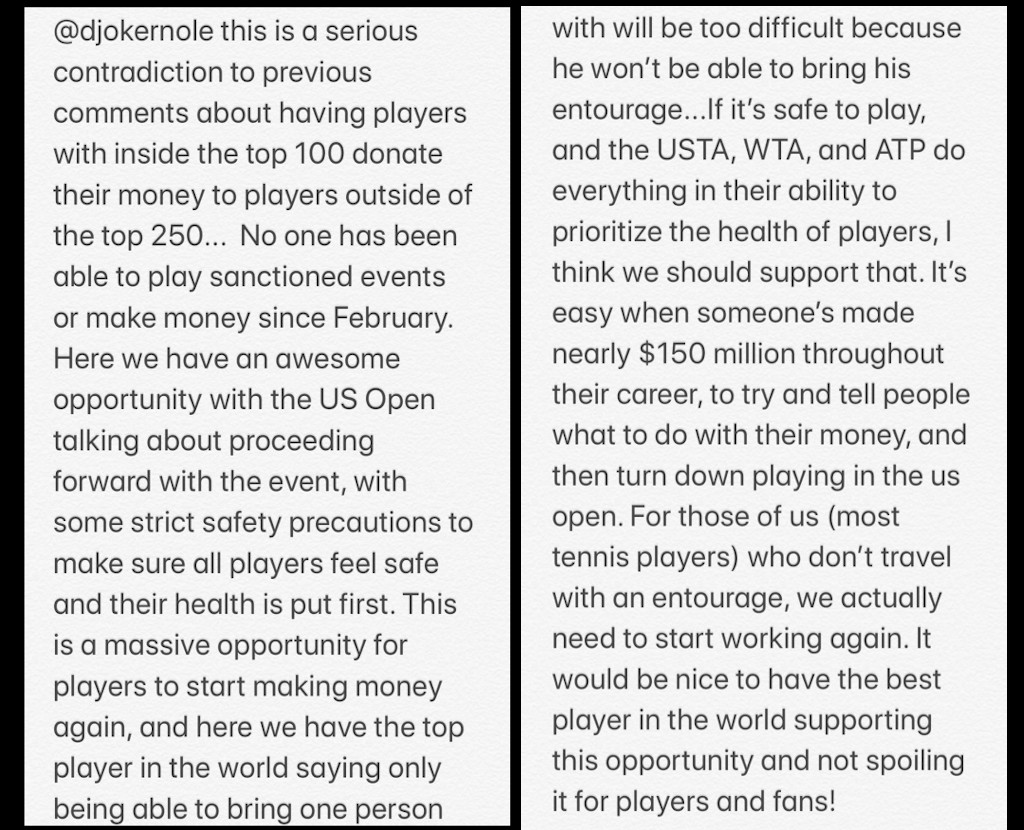 “This is a massive opportunity for players to start making money again, and here we have the top player in the world saying only being able to bring one person with will be too difficult because he won’t be able to bring his entourage.

“If it’s safe to play, and the USTA, WTA and ATP do everything in their ability to prioritize the health of the players, I think we should support that.

“It’s easy when someone’s made $150 million throughout their career to try and tell people what to do with their money, and then turn down playing in the us open.

“For those of us (most tennis players) who don’t travel with an entourage, we actually need to start working again. It would be nice to have the best player in the world supporting this opportunity and not spoiling it for the players and the fans!”