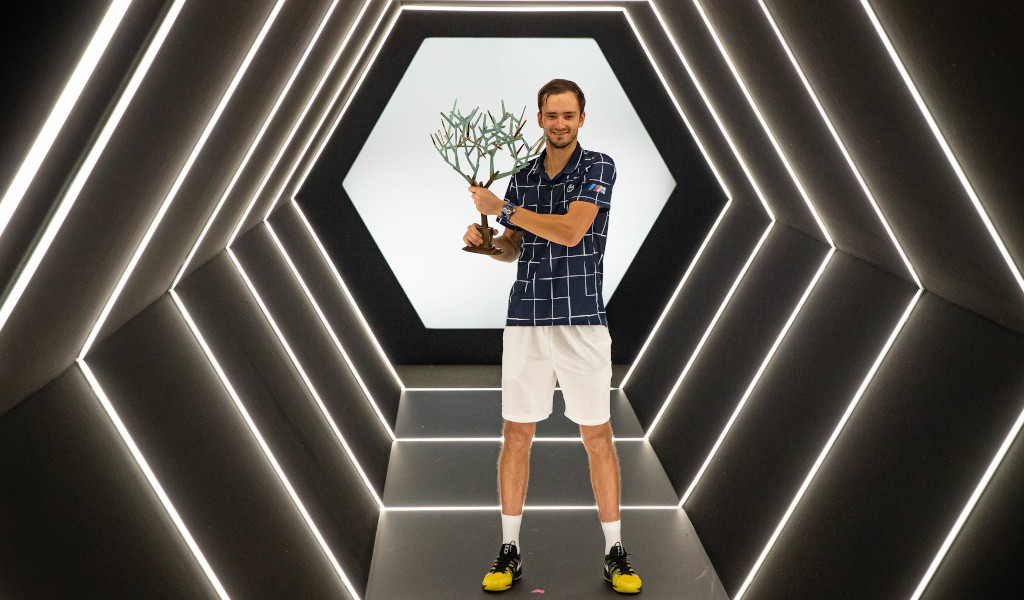 World No 4 Daniil Medvedev has backed himself to pick up “some wins” at this year’s ATP Finals after winning the Paris Masters.

The Russian won his first trophy of the 2020 season when he came from a set down to beat Alexander Zverev in the ATP Masters 1000 final in Paris-Bercy on Sunday.

It is in stark contrast to his 2019 campaign when he won four titles and finished runner-up in another four tournaments, including the US Open final.

However, his heroics had an impact on his performances at last year’s ATP Finals in London as he lost his three round-robin matches at the season-ending event.

He is confident things will be different this year.

“[I am] coming [in] better shape than last year. Last year [I] was really exhausted, lost [my first match] in Paris,” he said.

“[I] just won this tournament, [I’m] going to have a few days off. [I will] come to London, practise good. Hopefully [I] can get some wins there.”

The 24-year-old also believes he is mentally better prepared after making a lot of progress.

“I have been working on my mental strength for a long time. I think I have done a lot of progress, because even if you see me still doing meltdowns, it’s nothing compared to what I was when I was a junior,” he said.

“I worked a lot on it, and I’m really happy with how I’m performing with my mental strength many times.”