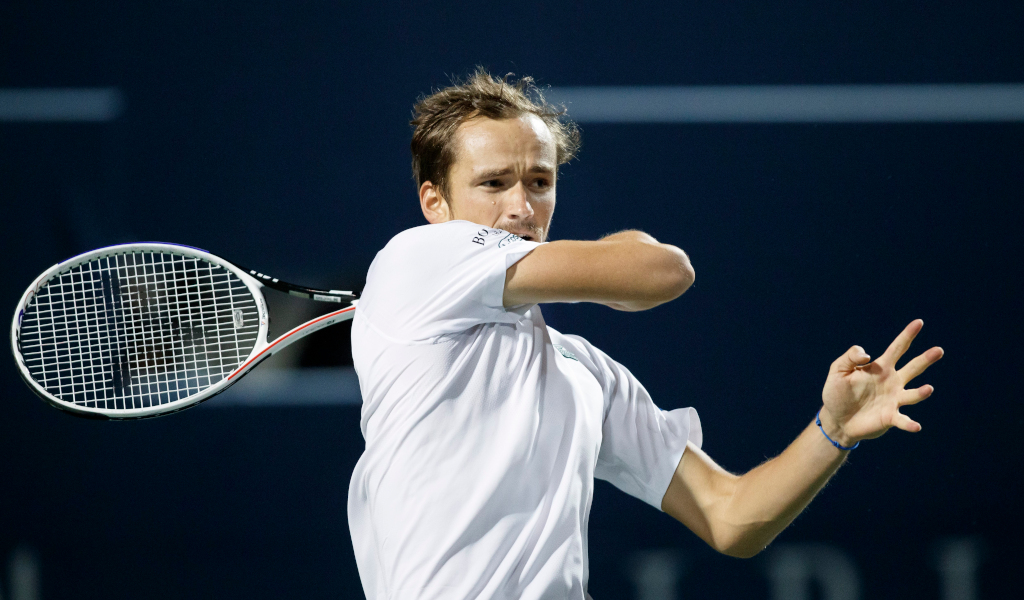 Daniil Medvedev produced a perfect performance against the big-serving John Isner in the semi-finals and he hopes for more of the same against Reilly Opelka in the final of the Canadian Open in Toronto.

“I was playing great today. I think I almost did no unforced errors,” Medvedev said.

“I’m really happy with my game at this moment. I always like coming to the US Open Series. I always feel like I’m playing better and better the more the series continues. I’m really happy that I’m still in the Toronto tournament, that’s the main [thing].”

He will face another big server in Opelka in the final after the American stunned second seed Stefanos Tsitsipas 6-7 (2-7), 7-6 (7-4), 6-4 to reach a maiden Masters final.

And the top seed plans to use the same script against Opelka.

“With serves like John or Reilly you cannot stand too far back because the ball is not going to come down, it will just go higher and higher,” Medvedev said.

“So I tried to return a bit closer than I am used to and it worked pretty well. I’m not sure how it will go tomorrow, but at least it was a good practice to get ready for the same thing.”

After no breaks of serve in the first two sets, Opelka edged the third set courtesy a break in game seven before serving it out.

“I played great,” Opelka said. “These courts suit my game, it is no coincidence that John Isner is in the other semi-final. I think we are the two best servers in the tournament, so for us both to be there, it says something about the conditions. It is live.

“Stefanos has definitely improved his returning. Come 5-5 in the first set, a lot of balls started to come back. He is a thinker and has a high tennis IQ, so it was expected, but that is what separates him from the rest of the pack.”