Daniil Medvedev confesses to “hating” Roger Federer as a youngster 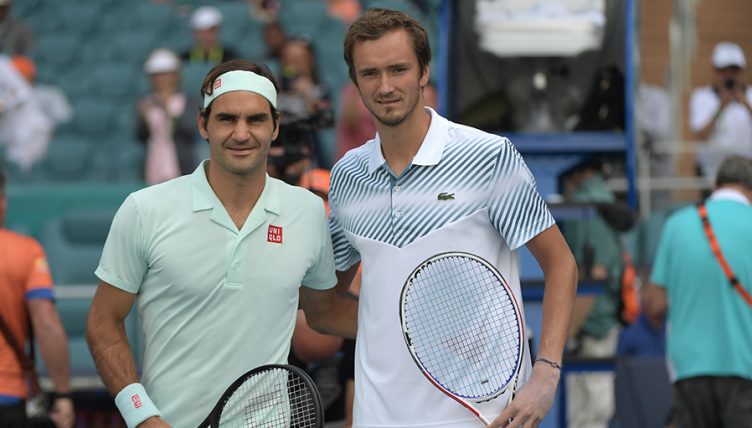 Daniil Medvedev has controversially confessed to hating Roger Federer as a youngster because he got tired of seeing him win.

And Feds could add to that tally this weekend at the Halle Open where he’s reached the semi-final.

Russian Medvedev’s has admitted in a recent interview, that he used to root for every player who Roger Federer came up against.

He said: “I hated Roger. I just couldn’t see him win again. I was cheering from the first round for other guys because that’s the way I was. When Barcelona was winning everything in football, I wanted them to lose badly.

“Now it’s changed a little, at least for tennis because now I’m more focused on myself.

“If I lose first round, I don’t care if it’s Nadal, Roger or Novak who wins the French Open, I’m just upset about myself losing in the first round. That’s how it is.”

Medvedev has four ATP singles titles to his name, but suffered frustration Queen’s his week where he lost to Gilles Simon in the semi-finals.