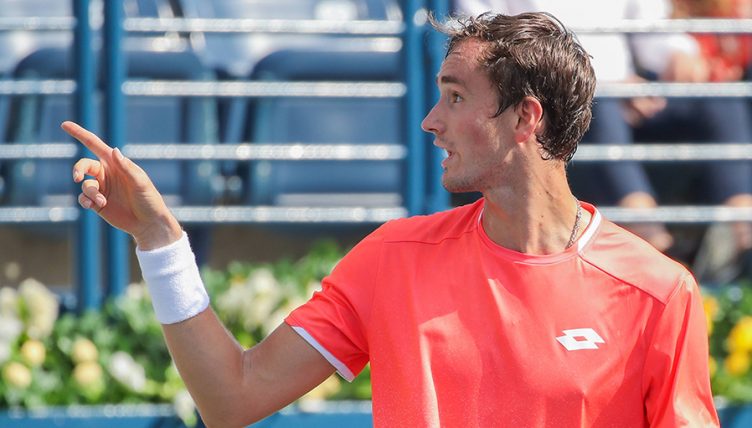 The Russian, who maintained his 100% record over Tsitsipas pounced upon a sloppy service game in the third set to seal an impressive 6-2, 1-6, 6-4 success.

“This was a great achievement for me,” Medvedev said. “Everything was perfect today.

“Some wind came up in the second set and I could not get used to it. But in the third, I just worked to put every ball in the court.

“I was pleased to fight back after going a set down in the third set.”

It was Medvedev’s 20th win of the season already, and he says he is being rewarded for a renewed dedication to the sport.

“I’ve been working hard for the past 18 months – since before the start of 2018. I’ve dedicated my life to tennis, which I did not do before.

“I had my best season last year – hopefully this year will be better.”

Medvedev will now face world number one Novak Djokovic in the quarter-finals.