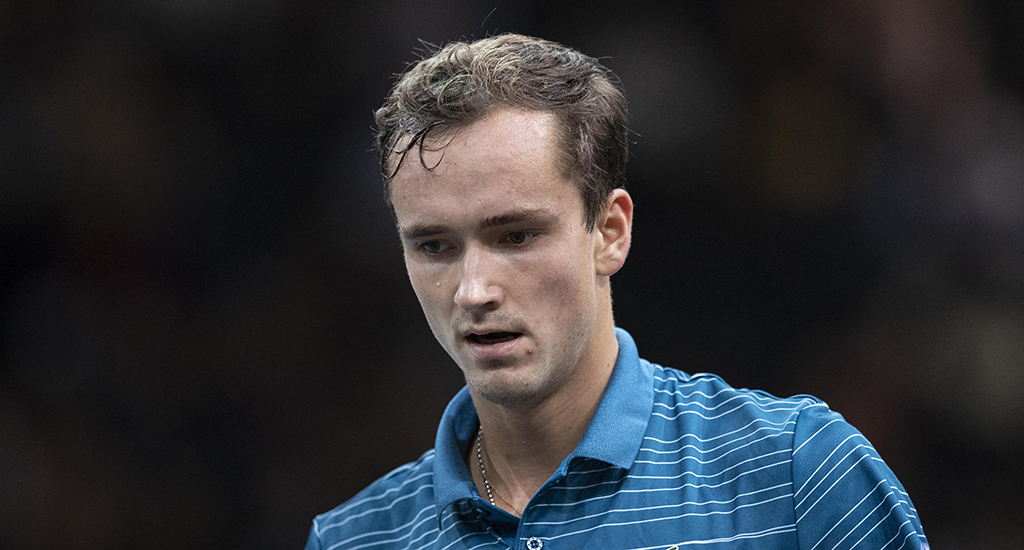 Daniil Medvedev suffered a rare defeat as he lost to Jeremy Chardy at the Paris Masters as he failed to win what would have been a third successive ATP Tour title.

The Russian has been on a true hot streak this summer, winning 29 of this previous 32 matches.

Chardy, ranked 65 and roared on by a partisan crowd, came storming back after losing the opening set, breaking Medvedev twice in the second and again, decisively, in the seventh game of the decider, to secure a shock win.

Shapovalov progressed after his first-round opponent Gilles Simon retired at 2-2 in the opening set.

Taylor Fritz won an all-American affair against Frances Tiafoe 7-6 (6) 3-6 6-4 to set up a second-round match with Greece’s Stefanos Tsitsipas.

RELATED: ‘He has got to prolong his career’ – Roger Federer defended for Paris Masters withdrawal

The 24-year-old Briton, who had lost eight straight matches dating back to early August, next faces Argentina’s 14th seed Diego Schwartzman after a 6-4 6-3 win.