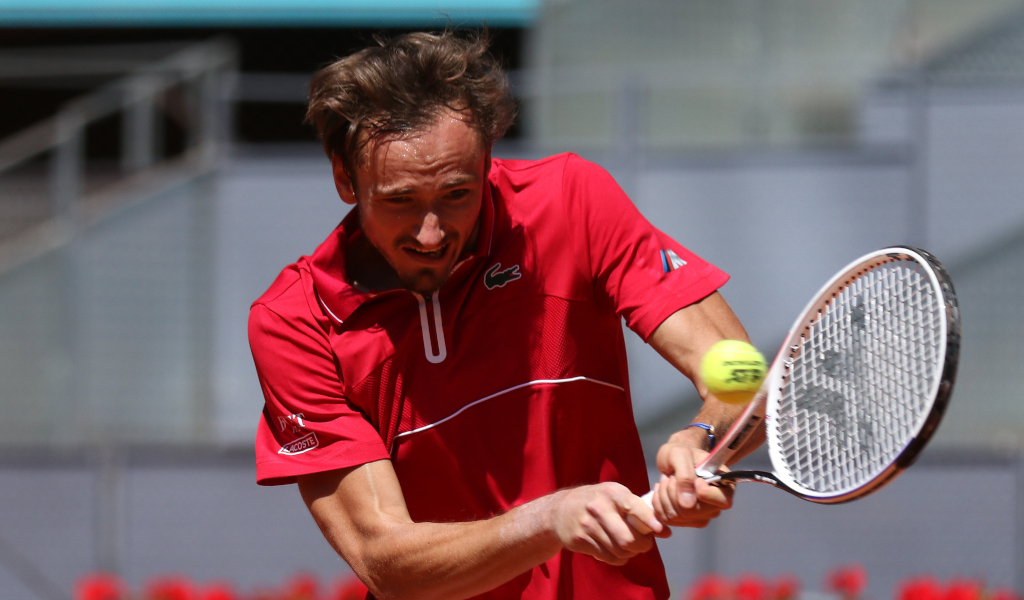 He made no secret of the fact that he is not a fan of clay during his opening match at the Madrid Open, but Daniil Medvedev got the better of Alejandro Davidovich Fokina to secure his first-ever win at the tournament.

It is hard to believe that the world No 3 started his second-round match against Fokina with zero wins in Madrid, Rome and Roland Garros, but at least he managed to get that monkey off his back on Wednesday.

However, midway through the match the Russian made his feelings about playing on clay clear as he screamed: “I don’t want to play here on this surface!”

But at the end of the match he wrote “Love clay :)” on the television camera.

After trading serves midway through the first set, Fokina got the decisive break in game 10 while Medvedev drew level after breaking early in the second set, although the Spaniard did break back in game six before the Russian edged ahead again in game seven.

Medvedev opened a 5-1 lead in the decider with two breaks and then served it out to set up a clash against Christian Garin, who defeated Dominik Koepfer 6-3, 6-4.

His fellow Russian Aslan Karatsev continued to with his fine form against the top players as he beat seventh seed Diego Schwartzman 2-6, 6-4, 6-1.

In the top half of the draw, fifth seed Alexander Zverev got the better of former world No 4 Kei Nishikori, winning 6-3, 6-2 and he will face Dan Evans for a place in the quarter-final.