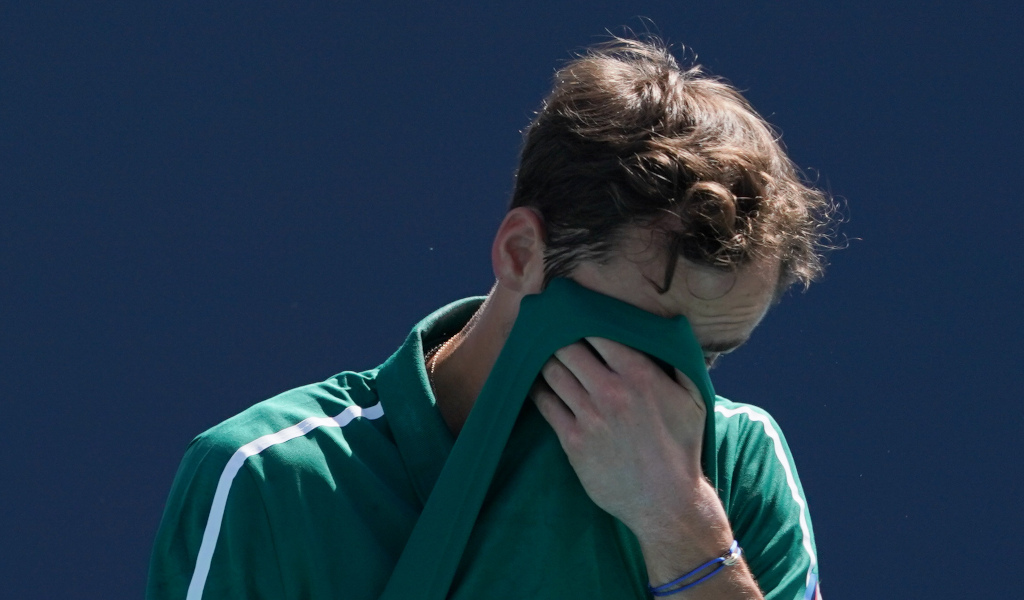 Leg cramps, the heat and Alexei Popyrin could not get the better of Daniil Medvedev as he battled to a three-set win in the third round of the Miami Open.

After no breaks in the opening set, Medvedev edged the tie-breaker and although the Russian broke in game four of the second set, the Australian hit back in game nine.

Still leading 5-4 in game 10, the world No 2 then had three match points, but Popyrin refused to go down without a fight as he held serve and went on to take the tie-breaker.

Medvedev started to feel the heat and struggled with leg cramps, but dug deep and a break in game seven of the decider set up the win.

“It’s probably one of the sweetest victories in my career, because I was cramping like hell in the third set,” he said after the win. “It’s one thing when you’re cramping when you’re [ahead in the score], but I started cramping before. It was tough to think about the win in these conditions.

“At the same time, I should have won in two sets and we would not be talking about cramping. But anyway, we have the result on the board and I’m happy that I managed to go through all the difficulties of this definitely crazy match.”

The winner of that fourth-round tie will face either 2018 champion John Isner or Roberto Bautista Agut in the quarter-final after the former beat Felix Auger-Aliassime in two tie-breakers while Spaniard Bautista Agut beat Jan-Lennard Struff in three sets.