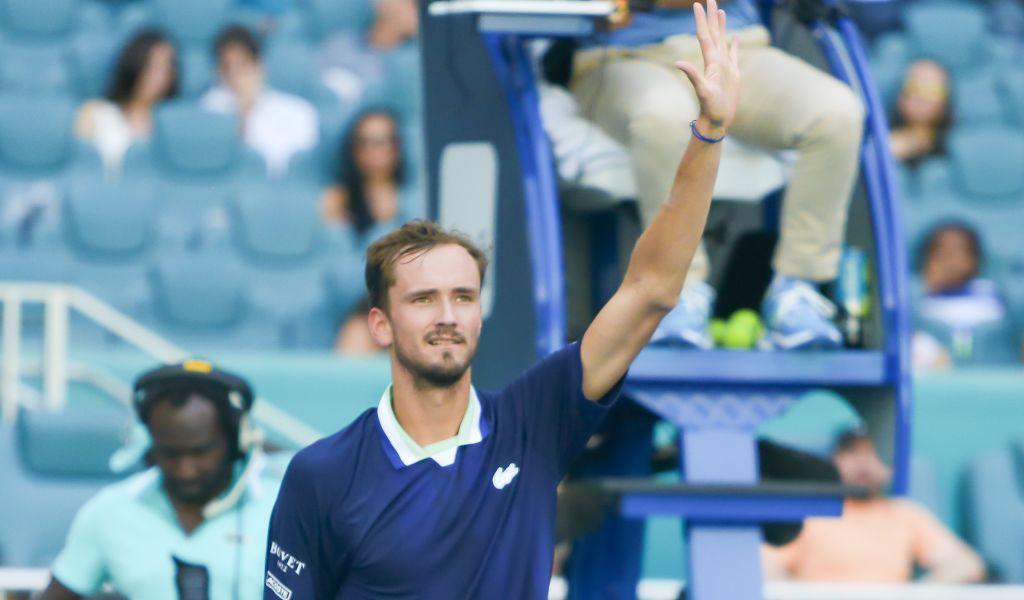 Daniil Medvedev has reached the final of the Libema Open, or the Rosmalen Grass Court Championships as it used to be known, and will play Tim Van Rijthoven who is the first Dutchman to reach the final of the tournament based on the outskirts of s’Hertogenbosch, the Netherlands.

In the previous round, the world No 2 beat Adrian Mannarino 7-5, 7-5 to book his place in the final.

Even though the last time Medvedev met his Dutch opponent when they were juniors, he’s still expecting a big challenge and knows it won’t be easy.

“Adrian plays good and some games in this match I was like okay I can’t do anything, I had to just continue playing my tennis, he was unbelievable sometimes, so I just continued my game and it managed to work today,” the US Open champion explained.

“Last time I saw him (Rijthoven) was in juniors, probably we saw each other last when we were 18 years old and he was always playing good on grass, so I’m not surprised. It’s a surface where sometimes we have these sensations, he’s a great player so I’m ready for a big fight.

“It would be great but it is never easy, I have to show my best tennis, even if I lose, I have no regrets but of course I will try my best. Every time you are in a final you want to win.”

Rijthoven is just happy to have reached the final and is grateful for the opportunity to be playing in a final in his home country.

“I’d like to thank all the people that came out today, the support was incredible,” he said.

“I don’t know where to start, I got the wild card here which was already a surprise to me.

“I was just happy to play one or two matches at least. To be in the final is just incredible, I have no words.”

Even if Medvedev doesn’t manage to claim victory over Rijthoven later today, he will still climb back to the top of the ATP rankings and therefore overtake Novak Djokovic to be the world No 1.