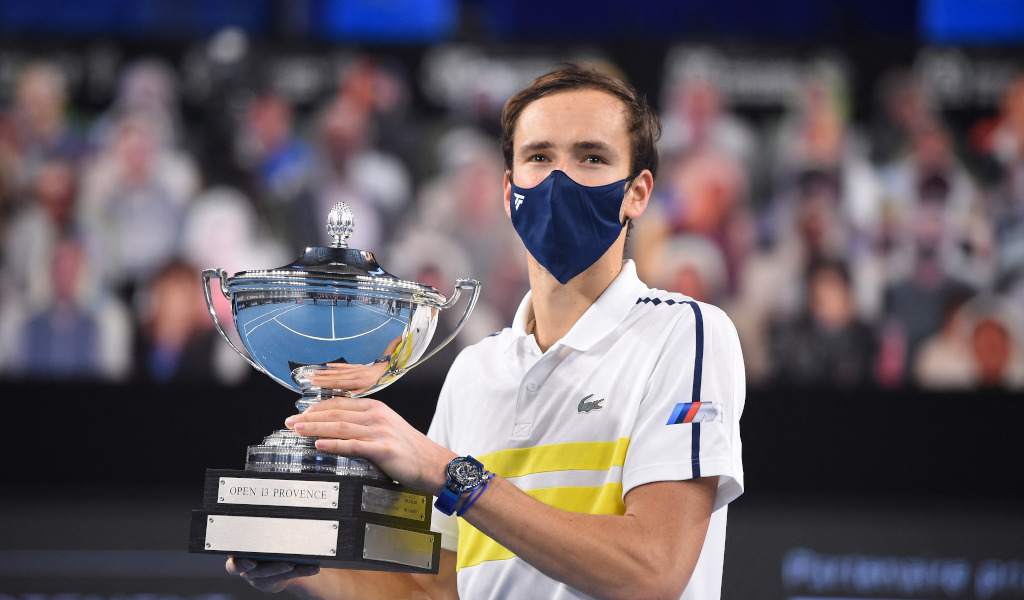 Daniil Medvedev had plenty of reason to celebrate on Sunday after beating Pierre-Hugues Herbert in the Open 13 Provence final.

Medvedev broke in game five of the first set, but the Frenchman to hit back immediately only for the top seed to claim a second break in game seven.

After no breaks in the second set, Herbert drew level through the tie-breaker while a single break in game 10 of the decider sealed the match.

The Marseille title is Medvedev’s first since the ATP Finals in November 2020, but it pushed him to two figures.

“I am really happy about the No 10. It gets me to two digits, something which I dreamt of when I was a kid,” he told ATP Tour.

“I think it is already a great number, but I am going to try to work more and get some more… I really like to play on hard courts. I feel like that is where my game suits me the best. I feel like I know the solutions I have to find during the match and that is what I did today.”

Medvedev will also rise to a career-high of No 2 in the ATP Rankings on Monday, edging ahead of Rafael Nadal with only Novak Djokovic ahead of him.

“I am really happy,” he said. “I knew that I would become No 2 no matter what on Monday… It is always better when you step up the Rankings when you do something great. I know that winning here didn’t give me the points to become No 2, but it is great for the self-esteem that just before becoming No 2 on Monday, I win a tournament.”