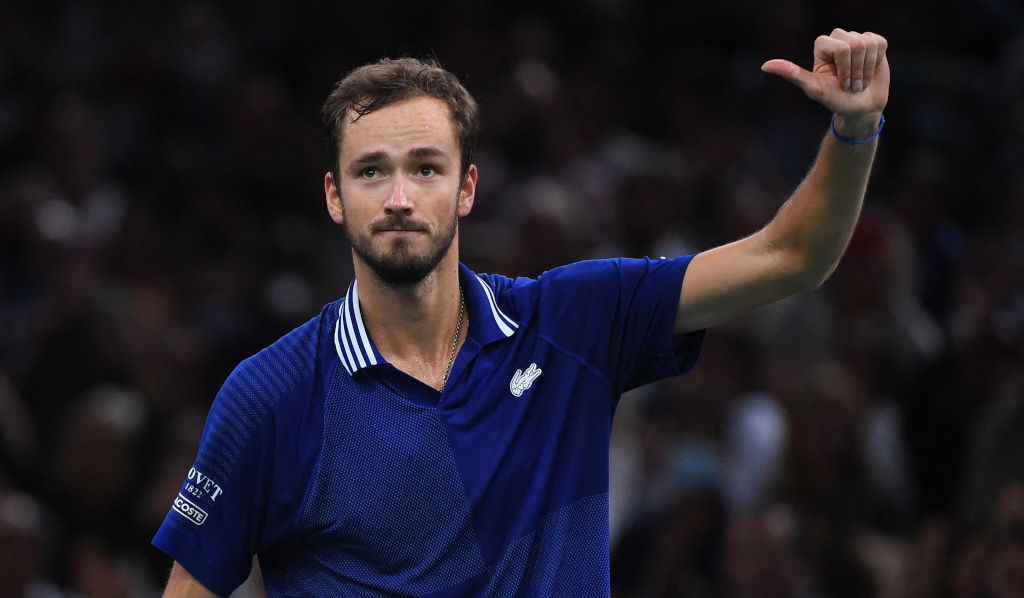 Daniil Medvedev and Novak Djokovic will face each other in the final of the Paris Masters in their first encounter since the US Open final.

With Djokovic edging Hubert Hurkacz earlier in the day, defending champion Medvedev knew that victory over Alexander Zverev in his semi-final would earn him another shot at the world No 1.

And he duly delivered against Zverev as he brushed the Olympic champion aside 6-2, 6-2 in one hour and 20 minutes.

Defending champ @DaniilMedwed eases past Zverev 6-2 6-2 to set up a US Open final rematch with Djokovic!#RolexParisMasters pic.twitter.com/u5oQxVeo0t

Medvedev was tested early on as he had to save two break points in game four, but then claimed back-to-back breaks to take the opening set before repeating the trick in the second set.

“We had a tough match,” the Russian said. “Sometimes the score doesn’t show exactly what happened on the court. I am happy to have this score, but he had 2-1, 15/40 in the first set on my serve.

“I think this first break of serve when you play Sascha is really important because he gains confidence. I am really happy I managed to raise my level throughout the match and I didn’t make too many unforced errors.”

Djokovic stands in his way of back-to-back Paris Masters titles and the last time they met Medvedev blew the Serbian away in straight sets in the US Open final.

“What is good is at this moment, if I am playing Novak it means we are in the final,” Medvedev said. “Except [Nitto] ATP Finals where it can be different. It is always tough to beat Novak. To beat him you have to be at your best, so that is what I am going to try and do tomorrow.”