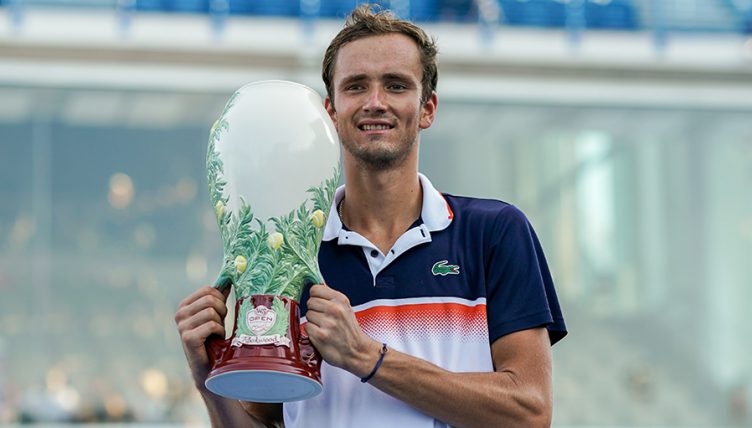 Daniil Medvedev has been declared ‘ready for New York’ after he beat David Goffin to win the Cincinnati Masters title.

The Russian capped a brilliant three weeks, in which he has reached three finals, by defeating Goffin 7-6 (7-3), 6-4 and claiming his best ever career title.

Medvedev has been in brilliant form of late, and beat world number one Novak Djokovic in the semi-final. He also reached the finals of the Citi Open and the Rogers Cup in the two weeks prior to Cincinnati, although lost both to Nick Kyrgios and Rafael Nadal respectively.

“I’ve had so much support these three weeks,” Medvedev said. “To finally lift a trophy is just an amazing feeling.”

“I’m so exhausted, I almost can’t talk now. But the crowd gave me amazing energy.”

Daniil Medvedev is a Masters 1000 champion and a top 5 player.

Incredible 12 months he is having. pic.twitter.com/OOp1ZBH5IF

The win leaves Medvedev with an ATP leading 31 wins on hardcourts this year and 43 on all surfaces – more than any other player – to mark him as a man in form heading into the US Open in New York.

And, according to Goffin, Medvedev is capable of making a big impact at Flushing Meadows.

“Congratulations to your team,” Goffin told Medvedev, “Once again, an unbelievable week for you, fantastic.

“I think you are ready for New York.”