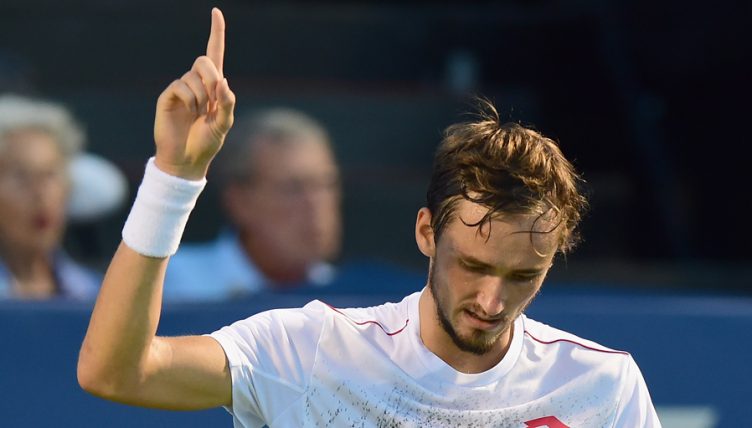 Daniil Medvedev will face Steve Johnson in the final of the Winston-Salem Open after a commanding semi-final performance from the Russian.

Medvedev needed just 64 minutes to dismiss Taro Daniel 6-1 6-1 to advance into his second ATP Tour final of the season.

Taro was a surprise name in the last four and he was powerless on the Medvedev serve throughout.

The Russian lost just 10 points on serve and swatted away the solitary break point he conceded too.

In the other semi-final, American Steve Johnson was much too powerful for Pablo Carreno Busta 6-3 6-4.