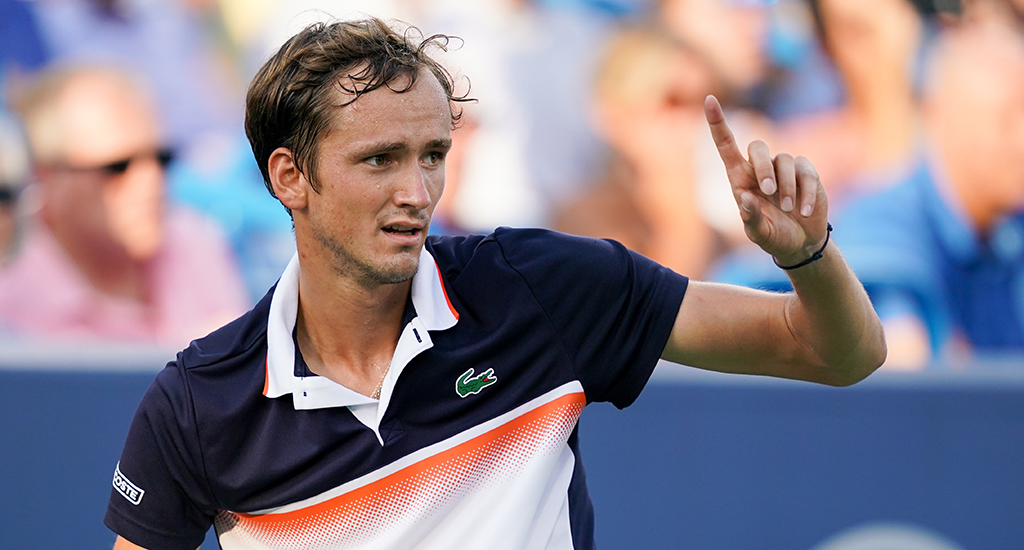 Daniil Medvedev stunned Novak Djokovic in the semi-finals of the Cincinnati Masters, making it two wins for the Russian over the world number one this year.

Medvedev, the ninth seed who was also a finalist in Washington last week, came into the match without dropping a set in tournament so far – a record that Djokovic shared.

He lost that record in a Djokovic-dominated first set, but roared back in impressive style to win the match to make his third final in three weeks.

“Then there was one momentum change in the second and I just started playing unbelievable.”

That change in momentum was when Medvedev opted to adopt a much more aggressive approach, especially with second serves, due to Djokovic’s brilliance on the return.

Defeats the No. 1 player in the world. Advances to his third straight final.

“I do it all the time when my second serve doesn’t work,” Medvedev explained.

“Novak, he was destroying me on the second serve so at one moment, at three-all, love-30, I’m like ‘okay, what’s the matter.’”

Medvedev will face David Goffin in the final after the Belgian beat Richard Gasquet 6-3, 6-4 in the other semi-final.

“I’m really happy,” said Goffin. “I’ve played the best tennis here in the past few years. It’s a great moment for me.”