Daniil Medvedev news: Could the world No 1 be banned over Ukraine invasion? 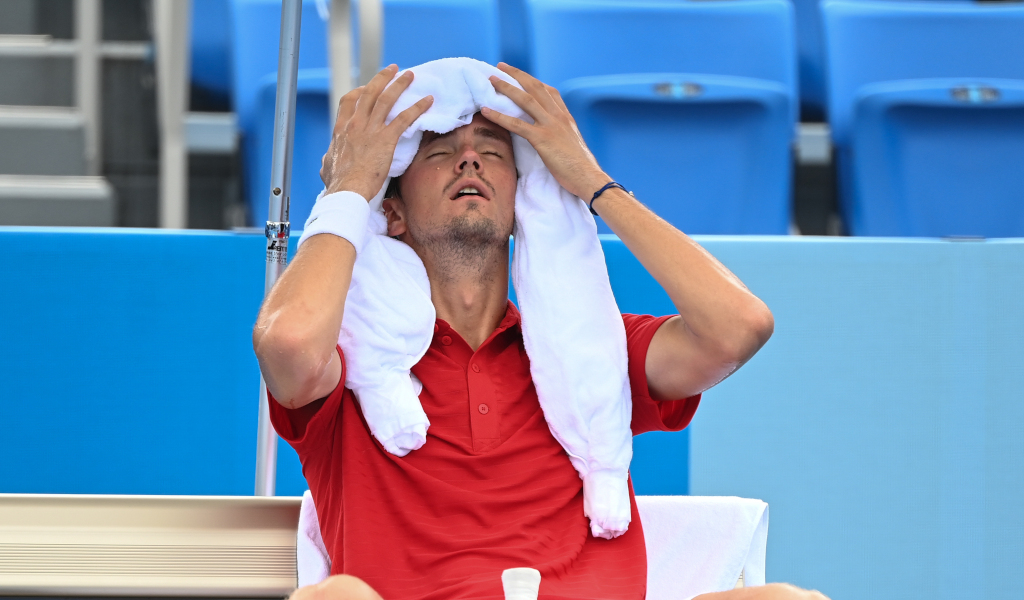 It appeared that tennis had spoken with a united voice when it was confirmed that players from Russia and Belarus would be allowed to play on the ATP and WTA Tours under a neutral flag, but no one can predict where this story is heading for star names like Daniil Medvedev and Andrey Rublev.

With Russia’s brutal invasion of Ukraine dominating the world agenda, sanctions against Russian leader Vladimir Putin are hitting hard and confirmation that Formula One chiefs have indefinitely cancelled their commitment to hold races in the country a huge blow to a sports-loving leader who played a big role in getting the F1 circus into his country.

FIFA and UEFA have banned Russian football teams from international competition and a variety of sports have doubled down on their sanction in response to Putin’s war against Ukraine.

Then the International Olympic Committee bowed to huge pressure and banned athletes from Russia and their wartime allies Belarus from competing in this month’s Paralympic Games in Beijing.

So can tennis stand by its initial stance and continue to allow Russian players to play in their marquee tournaments, even after it confirmed Russia would be banned from all team competitions and all tournaments in the country have been cancelled?

There appeared to be a consensus that players from Russia and Belarus would be allowed to continue on the tennis tour if they were not playing under their national flags, with Ukraine’s women’s number player Elina Svitolina content with the decision to allow players to compete under neutral national status.

“I had a couple of meetings with the WTA and I was happy they answered the two things we wanted, the neutral flag and suspension of tournaments, so everything was done and that’s why I am still on court,” she stated.

“What we are going through right now in Ukraine is terrifying. All the Ukraine tennis players and Ukrainians, in general, have been really terrified.

“I think it’s my mission to unite our tennis community to stand with Ukraine, to help Ukraine, because what we’re going through is a horrible thing for all Ukrainians.

Russian tennis player Andrey Rublev writes "No war please" on the camera following his advancement to the final in Dubai. pic.twitter.com/GQe8d01rTd

It may be that tennis will not need to follow the IOC stance to remove all Russian players from their events, but how will sponsors react if world No 1 Medvedev or his compatriot Rublev wins the Indian Wells and Miami Masters events this month? Would big-money backers of these tournaments want to have their brands next to Russian athletes?

Then there is the question of how players like Medvedev and Rublev handle the inevitable questions that will come their way in the coming weeks, with statements speaking out against Putin putting them in a perilous position.

It is a mess stirred up by the aggression of one misguided leader and the sporting stars caught up in Putin’s war face an uncertain future as they wait to see whether they will be stopped from doing what they do best.

For now, Russia’s top stars will remain on the tennis court, but the global animosity against Russia might make that position tough to sustain.