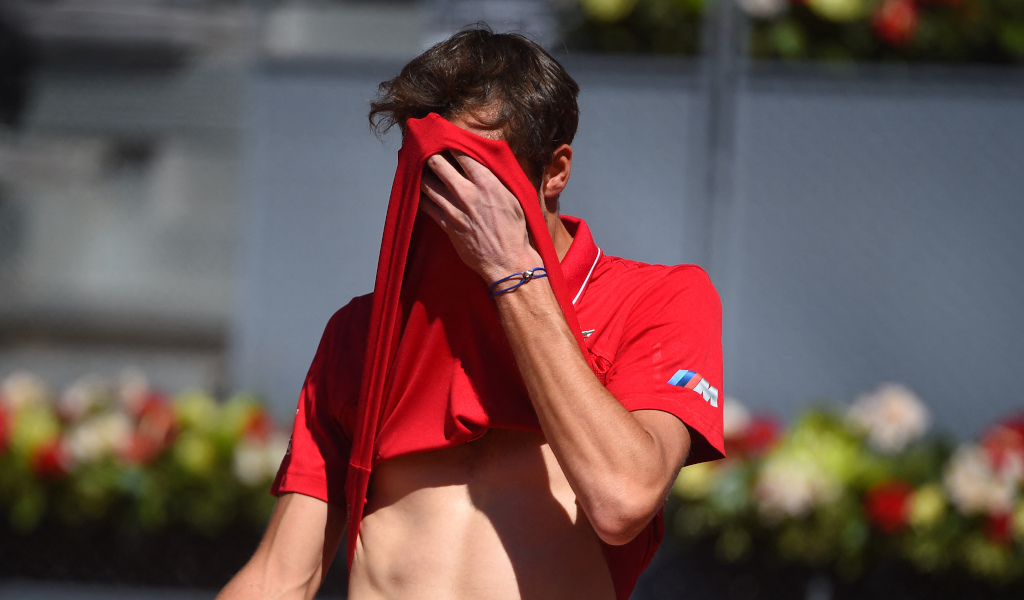 Daniil Medvedev continued his love-hate relationship with clay as he crashed out of the Madrid Open, going down in three sets against Cristian Garin in the third round.

The world No 3 is the first to admit that he is not a fan of the red dirt and he made his feelings about the surface clear during his second-round win over Alejandro Davidovich Fokina on Wednesday, but by the end of that match he very much “loved clay”.

He’s done it! 🇨🇱@Garin_Cris equals the biggest win of his career, taking out world No.3 Medvedev 6-4 6-7(2) 6-1 in Madrid!#MMOpen pic.twitter.com/mCNishqndp

Garin broke once in the opening set and, after no breaks in the second set, Medvedev drew level via the tie-breaker. However, that was as good as it got for the Russian as Garin broke twice in the decider.

It was another frustrating day for Medvedev as he was given a verbal warning for arguing with spectators while he also had treatment for a nosebleed.

Garin will face either Matteo Berrettini or Federico Delbonis in the quarter-final.

Top seed Rafael Nadal and Dominic Thiem had no problems to reach the last eight as the former brushed aside Australian Alexei Popyrin 6-3, 6-3.

“There were many long rallies, [which is] exactly what I need right now,” Thiem, who will face John Isner for a place in the semi-final, said. “I am very, very happy again with my performance… It was nice. I love the conditions, the court and the tournament.”