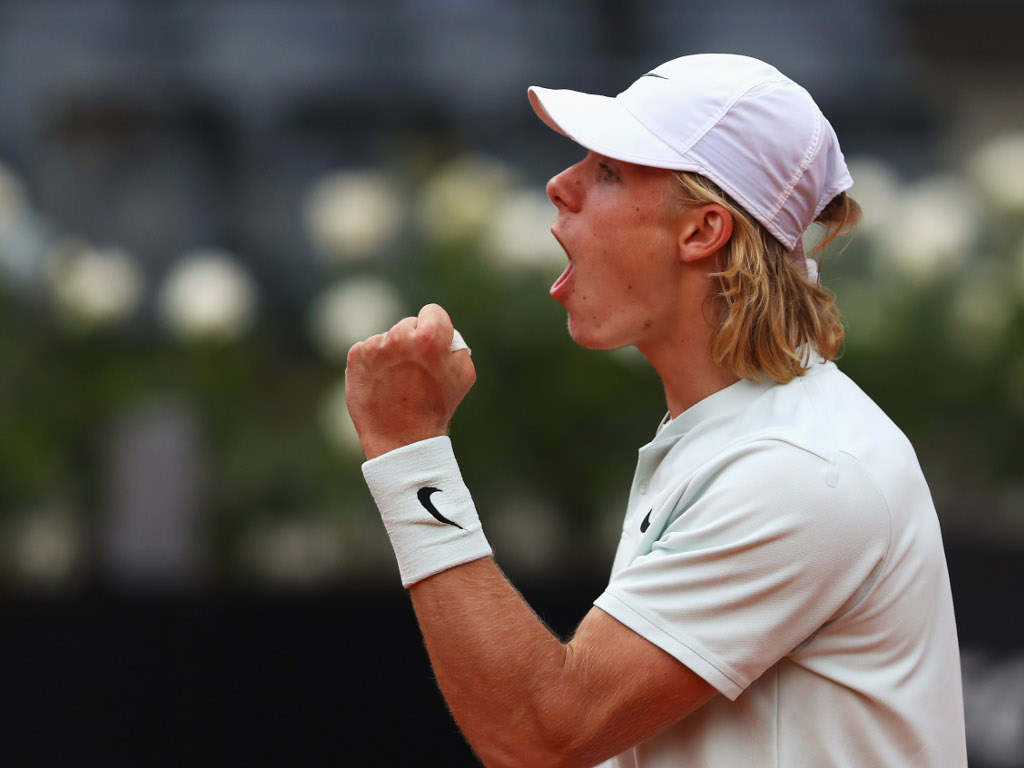 Ninth seed David Goffin was made to work for his win at the Italian Open while Tomas Berdych was beaten by Denis Shapovalov.

Shapovalov, who will face Robin Haase next, will replace Milos Raonic as the Canadian No 1 when the new rankings are released next week.

“I’m a little bit in shock,” the 19-year-old said about being his country’s new No 1. “It’s definitely happened extremely quickly. I’ve worked hard to try to achieve this a long time in my career.

“It’s crazy that it’s come so early… It’s a reason to keep working, keep staying motivated and hopefully I can keep going.”

The 13th-seeded American Jack Sock was another surprise loser as he went down 6-4, 6-2 to Philipp Kohlschreiber from Germany.

However, it wasn’t a completely disastrous day for the seeds as 14th ranked Diego Schwartzman from Argentina beat Nicolas Jarry from Chile 6-4, 6-1 while 15th seed Lucas Pouille overcame Andreas Seppi 6-2, 3-6, 7-6 (7-3).