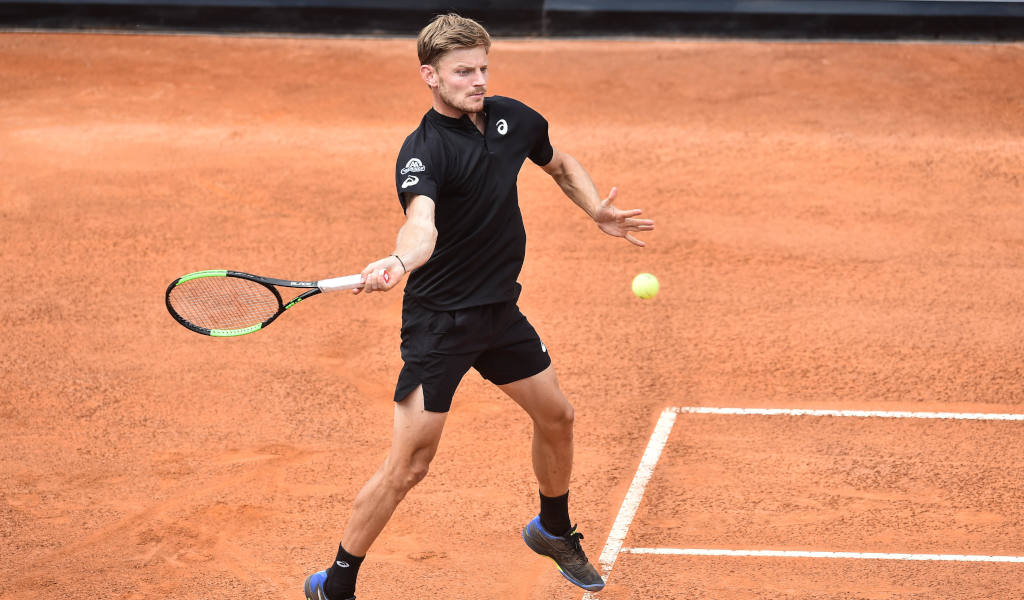 Belgium’s David Goffin defeated Federico Coria of Argentina, 6-3, 6-3, to reach the championship match in his first clay tournament of the 2022 season in Marrakech.

After a pair of three-set battles in the two rounds before Goffin was pleased to get off the court relatively quickly.

Goffin dropped the first two games of the match but still managed to defeat Coria in just one hour and 23 minutes.

“It was a short match, so it’s good because the last two matches were more than two hours and 30 minutes,” David Goffin said.

“After that, I started to feel more relaxed and my quality of ball was better, and then I started to play really well at the end of the first set.”

Goffin felt himself becoming emotional as the match drew to a conclusion but said that he was focused on finishing the job.

“I managed to deal with my emotions at the end to finish the match so I’m happy to play another final, especially here, the first tournament on clay,” said the Belgian. “I will give everything tomorrow.”

Goffin will face Slovakia’s Alex Molcan in the final on Sunday.

Molcan will be competing in his second ATP Tour final after a 6-1, 7-5 result over eighth seed Laslo Djere in the other semifinal.

The Slovak holds a victory over Goffin in their only previous meeting which came earlier this year in Adelaide.

Goffin expects another tough match from the emerging talent.

“He’s a great fighter, he’s moving so well,” Goffin said of his final opponent. “He’s lefty so he’s using his lefty game really well on clay, especially two days ago against Felix, he played well. So it’s a tough opponent.”

Molcan was composed in his match against Djere sealing the first set before weathering a mini-fightback to claim the second and the match.

“It was a tough match,” Molcan said. “Lajovic is a tough player so I knew it was going to be tough. From the beginning I had a break up, so I felt pretty good on the court… It was really tough in the end but I’m really glad that I won.”