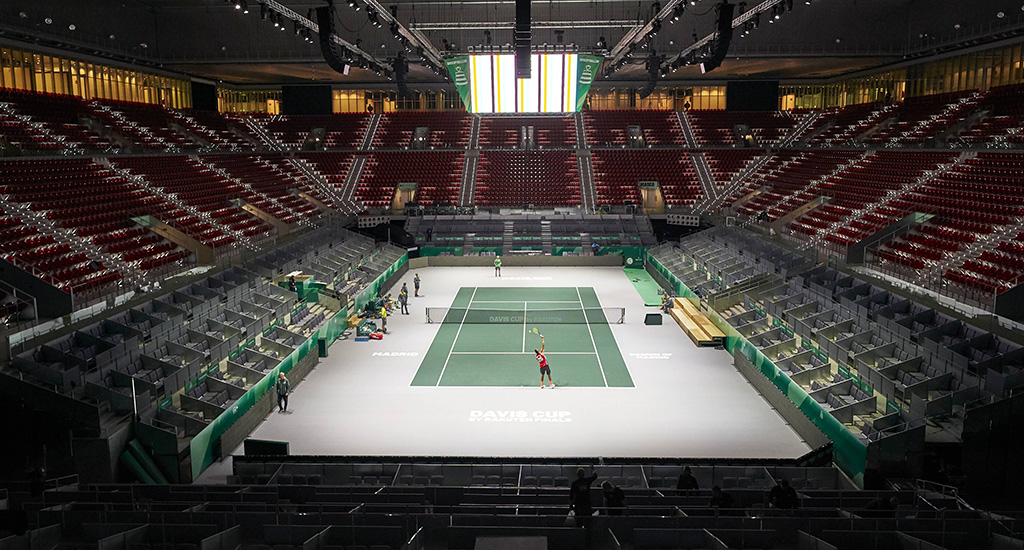 The start-times for Friday’s Davis Cup quarter-finals have been brought forward by half an hour as scheduling wows continued to plague the tournament.

It is the first year that the Davis Cup has been in a Finals format, which sees all matches played over a week-long event at a single venue.

That has led to scheduling issues though, which came to a head when a doubles match between Italy and the USA – a virtual dead rubber given both teams had already been eliminated – finished at 4.04am.

It was the second latest finish in all of tennis after the clash between Lleyton Hewitt and Marcos Baghdatis at the Australian Open in 2008.

The match did not start until after 8pm because of a long first tie of the day on court two between Argentina and Germany and all three rubbers then went to deciding sets.

Friday’s contests will begin at 10.30am local time instead of 11am, but organisers know they will need to find a better solution for next year when this year’s teething troubles will not be tolerated.

After guiding Serbia into the quarter-finals, Novak Djokovic said: “I think it was always going to happen, knowing that you have 18 teams and you’re trying to squeeze everything in in one week on three courts.”

Neither of those issues will be easily addressed. Organisers have committed to holding the competition in Madrid again next year but the Caja Magica does not have the capacity for more courts while there is no appetite for extending the length of the event.

Djokovic suggested only having eight teams in the finals week – something that organisers would resist given the concept of the ‘World Cup of Tennis’ – while Jamie Murray offered the idea of playing the event across two venues.

Scheduling has emerged as the biggest negative at the new-look event, but on the court organisers will be delighted with the tennis on show and a strong quarter-final line-up.

Serbia have eased through, following up victory over Japan with a 2-1 success against France that eliminated the top seeds.

Filip Krajinovic produced a fine display to defeat Jo-Wilfried Tsonga 7-5 7-6 (5) before Djokovic claimed a comfortable 6-3 6-3 victory over Benoit Paire, who was preferred to Gael Monfils.

#DavisCup Nadal is not happy with the matches scheduling: “We start the last match at 0:45am. For us the players, when we finish at 2am, with the adrenaline, recovery, press, go to the hotel … It is practically impossible to go to bed before 4:00. And you play the day after.” pic.twitter.com/A0MoQ9btrl

Pierre-Hugues Herbert and Nicolas Mahut won the doubles against Janko Tipsarevic and Viktor Troicki but France’s hopes of qualification were already gone.

“This is the most ideal scenario for us,” said Djokovic. “Winning both ties after singles and not being really pressured by the doubles.

“So we’re coming into the quarters now and playing against Russia tomorrow. That’s definitely one of the best quality teams here. It’s going to be a big challenge.”

Russia were one of the two best-placed runners-up along with Argentina, who will take on hosts Spain.

Spain will be without their number two singles player, Roberto Bautista Agut, who left the competition to return home on Thursday after his father was taken seriously ill.

Germany only needed to win one rubber against Chile to guarantee finishing top of their group and secured that at the first opportunity when Philipp Kohlschreiber beat Nicolas Jarry 6-4 6-3.

Andy Murray had a watching brief for Britain against Kazakhstan but Leon Smith’s team prevailed without him.