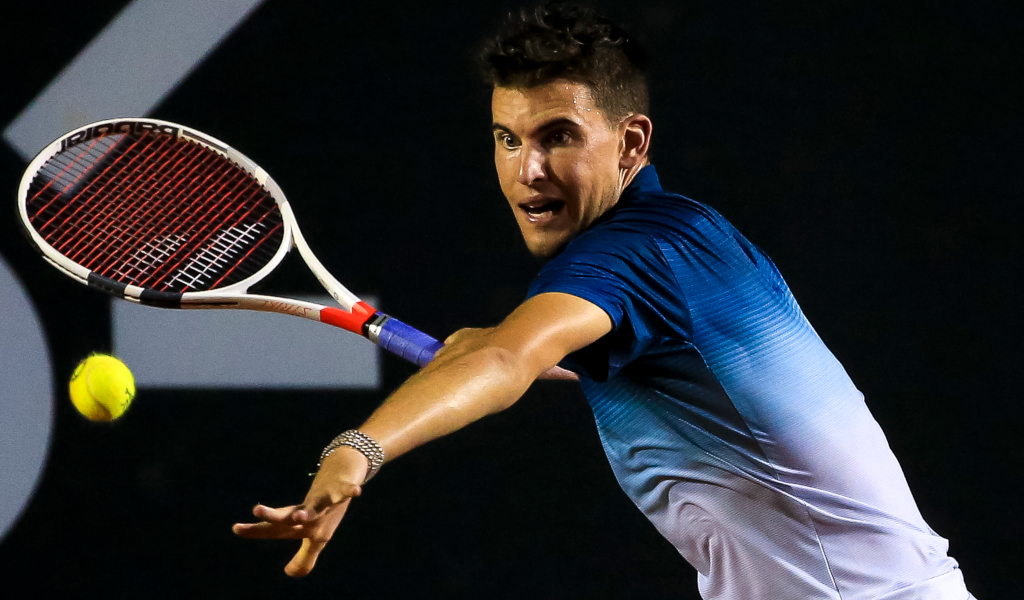 The seeds continued to crash out of the Rio Open with the top three Dominic Thiem, Fabio Fognini and Marco Cecchinato among the first-round casualties.

The Austrian started well enough as he broke in the opening game of the match, but Djere hit back straight away and then claimed a second break in game eight.

Thiem was always behind in the second set as the Serb broke three times to set up the biggest win of his career.

“It was a great day. The biggest win in my career so I’m really happy right now… I hit the ball really well,” Djere said.

“He played a bit worse than normally I think, to be honest. But I had a great day. I felt the ball really well, hitting well from the baseline and then attacking well when it was time for that.

“This is my favourite surface. So I know that I can play great tennis on clay.”

Second seed Fognini was also sent packing as he was beaten by Felix Auger-Aliassime with the Canadian teenager winning 6-2, 6-3.

Auger-Aliassime broke twice in the first set and once in the second to earn a second-round clash against Chile’s Christian Garin, who beat Maximilian Marterer from Germany 7-5, 6-3.

Just days after winning the Argentina Open, Cecchinato was brought back down to earth as he suffered a 7-5, 7-6 (7-1) defeat against Slovenian Aljaz Bedene.

Great Britain’s Cameron Norrie continued the upsets as he beat sixth seed Dusan Lajovic 6-2, 6-1 to earn a second-round clash against Jaume Munar, who was a 7-6 (7-5), 6-4 winner over Leonardo Mayer.

Joao Sousa was the only seed to progress as the fifth-seeded Portuguese beat Guido Pella from Argentina 6-4, 3-6, 6-4.