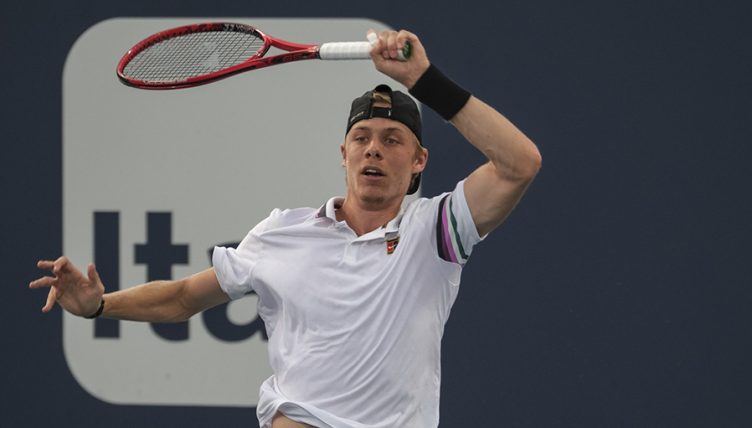 Denis Shapovalov became the second Canadian man to reach the semi-finals of the Miami Open after beating Frances Tiafoe in the quarter-finals.

The 19 year-old joins fellow Canadian teen Felix Auger-Aliassime in the last four, but had to produce some special tennis to get past Tiafoe.

The American claimed the first set on a tiebreak, but he was unable to hold off Shapovalov’s counter attack before finally succumbing to a 6-7 (5-7), 6-4, 6-2 defeat.

The match was delayed by three hours as the weather continued to play havoc with the schedule in Miami.

Shapovalov will now face either Roger Federer in Friday’s semi-final after he blew away Kevin Anderson in the last quarter-final.