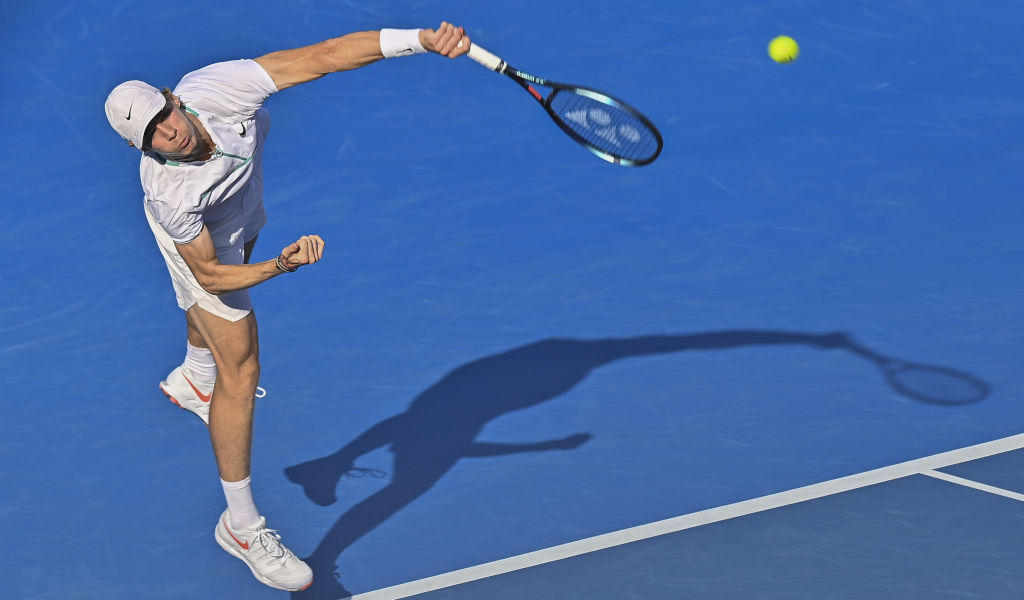 A major malfunction of Shapovalov’s serve saw him send down nie double faults on his way to another upset loss.

Shapovalov lost to upstart Czech Jiri Lehecka in the first round at Rotterdam last week, but had looked a strong contender in Qatar.

Rinderknech is a player on an upward arc though, as evidenced by his first ATP Tour final in Adelaide in January.

Shapovalov is the second seed to fall to Rinderknech after the Frenchman defeated seventh seed Alexander Bublik in the second round.

Canada’s top ranked man has seen his mentality questioned since he lost a five-set thriller against eventual champion Rafael Nadal at the Australian Open.

After a tight match with Marton Fucsovics, @nikolozbasilash makes the semi-finals with a 1-6 6-3 7-5 win pic.twitter.com/1KS2DwEGyA

Rinderknech will go on to face defending champion Nikoloz Basilashvili who fought back from a set down to defeat Márton Fucsovics 1-6, 6-3, 7-5.

Shapovalov is now 8-4 in a topsy-turvy 2022 season so far while his opponent looks to be on a charge into the top 20.

Roberto Bautista Agut will face Alejandro Davidovich Fokina forthe right to take on the winner of the quarterfinal between Marin Čilić and Russia’s Karen Khachanov.