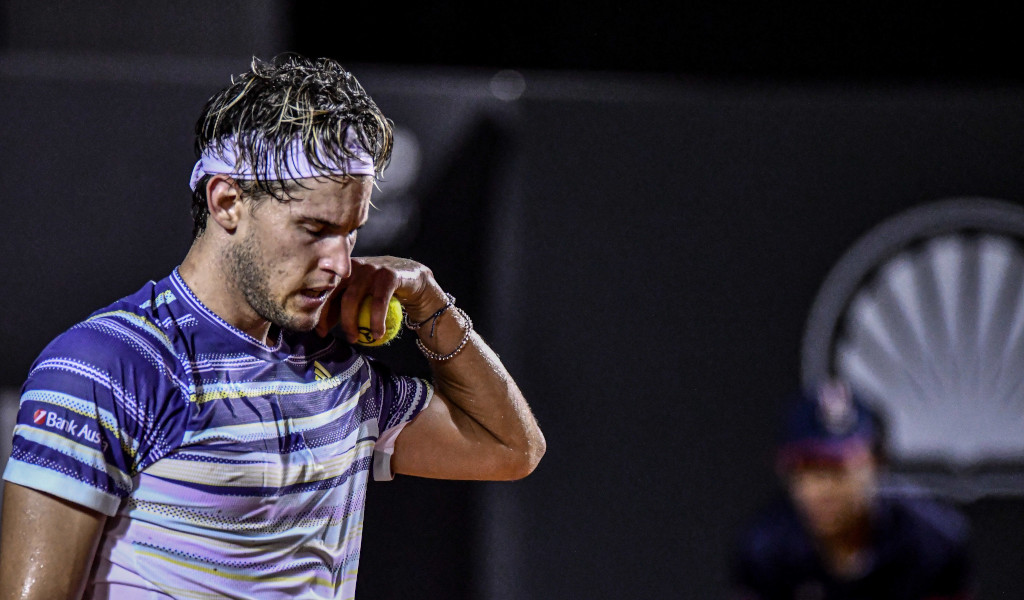 Dominic Thiem’s stuttering Rio Open campaign came to an abrupt halt as he was stunned by qualifier Gianluca Mager in the quarter-final with the exit costing him the chance to move to No 3 in the world rankings.

The three-time Grand Slam finalist needed three sets to beat wildcard Felipe Meligeni Alves in the first round and also went the distance against Jaume Munar in round two.

But there was no great comeback in the last eight as Mager won their rain-interrupted match 7-6 (7-4), 7-5.

Gianluca Mager stuns No.1 seed and World No.4 Thiem in straight sets 7-6 7-5 to reach the @RioOpenOficial semi-finals! pic.twitter.com/ukpP1mMUJ1

The Italian was leading 7-6 (7-4), 2-1 when the match was suspended because of the weather on Friday and he came back to complete the job on Saturday.

Mager broke in game three of the second set, but Thiem hit back to level it at 5-5 only for the world No 128 to break again in the next game.

“It’s unbelievable,” he said. “For me, it was a dream only to play with him. Now that I beat him, for me, it is a dream. He is a great, unbelievable player… I am very emotional.”

Thiem missed the chance to replace Roger Federer at No 3 in the ATP Rankings, but the top seed concedes he never really played well in Rio.

“I did not play my best tennis this week. I was trying everything,” he said.

“Unfortunately, I did not deserve to win. He was a better player. I was feeling I was all the time in defense, with not enough power in my strokes. I tried to play more aggressive, serve and volley, more slices. But it did not work out.”