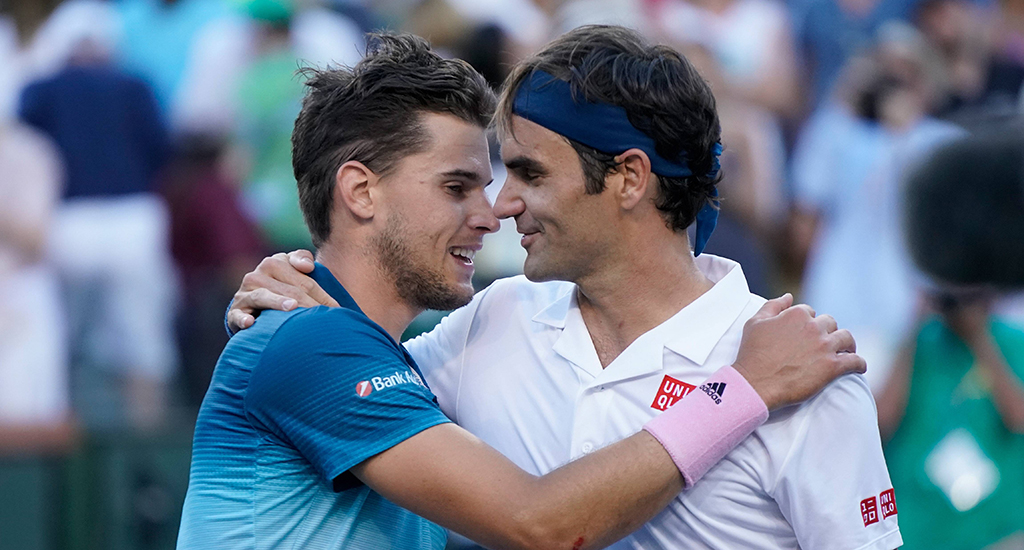 Dominic Thiem has bemoaned his luck after he was drawn in the same group as both Roger Federer and Novak Djokovic in the ATP Finals.

The 26-year-old, along with Italian debutante Matteo Berrettini, got the short straw by having to face two of the world’s top three in their group.

That has left Thiem in no doubt that he will have to be at his very best to progress past the group stage in London next week.

“If you can pick two players who stand out from the others, they are Djokovic and Federer”, Thiem told OTV.

“Federer plays unbelievable tennis on that court, and Djokovic won in Paris.

“So it’s very difficult but my goal is still the same, to reach semifinals, and I will do my best to achieve it.

RELATED: Alexander Zverev on his ATP Finals group: It’s an interesting and very open one

“I am sure I will be in my best shape of the year and so far I have been doing very well physically.”

Thiem will, however, be buoyed by the knowledge he has beaten both players in big matches this season. The world number five overcame Federer in the final of Indian Wells, and dumped ended Djokovic’s French Open hopes in the semi-finals.