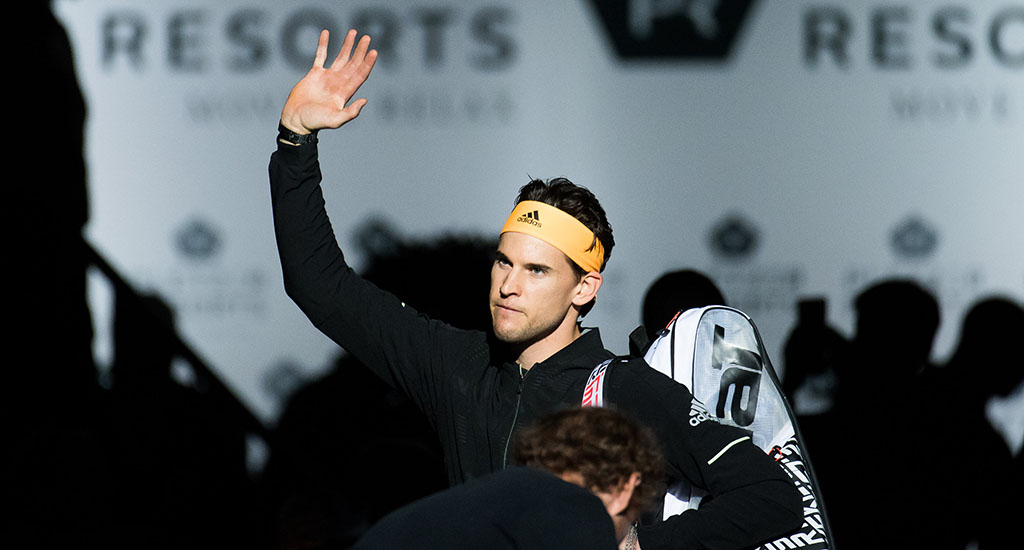 Dominic Thiem continued his quietly impressive season by beating Diego Schwartzman in the final of the Vienna Open on Sunday.

The Austrian delighted the home crowd in an absorbing contest to become the first player to win five titles this season courtesy of a 3-6, 6-4, 6-3 success.

The 26-year-old recovered from a loose first set to achieve his impressive tally in two hours and 25 minutes against his good friend.

Schwartzman had made a blistering start as he broke Thiem three times to win the opening set in 43 minutes.

Thiem was also forced to save a break point in the second set before recovering to grab the crucial break of his own and taking control in the decider to win the title.

“It’s been an unbelievable year for me in Austria, to win titles in Kitzbühel and now here in Vienna,” said Thiem.

“I have had some troubles to deliver my best tennis in front of these amazing crowds in Kitzbühel and also here in Vienna and now, in the same year, I win both titles. It is completely unreal to me.”

ALSO READ: Andy Murray opens up about pushing himself too hard: ‘I should have backed off’

“Three times this week, I came from one set down.

“To share the court and final with a guy who became a very close friend in all these years is very nice in one way.

“To beat him in such an important match is hard in the other way… It has been a dream week.”