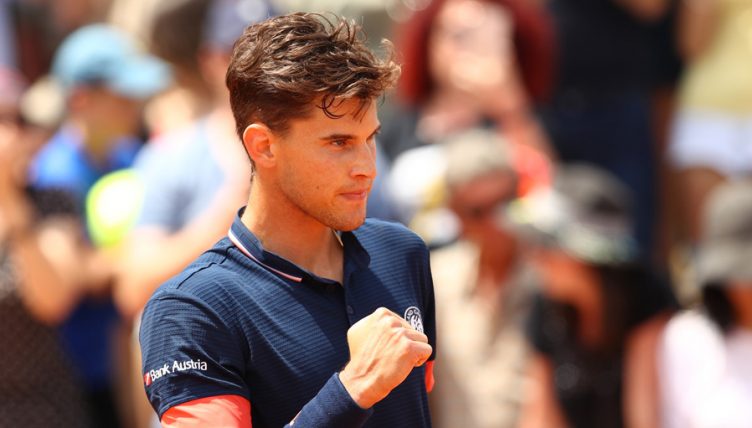 Dominic Thiem made a winning start in Hamburg, but Philipp Kohlscheiber was a big-name casualty.

Austrian Thiem, the French Open runner-up – one of his four ATP Tour finals this year – enjoyed a positive return to his favoured surface of clay, easily besting Corentin Moutet 6-4 6-2.

He’ll now face Australian John Millman in the next round, who beat Jan-Lennard Struff 7-5 6-3.

However, Philipp Kohlscchreiber is out after he was upset 7-5 1-6 6-4 by Nikoloz Basilashvili.

Basilashvili will now face 2016 finalist Pablo Cuevas for a place in the quarter-finals.