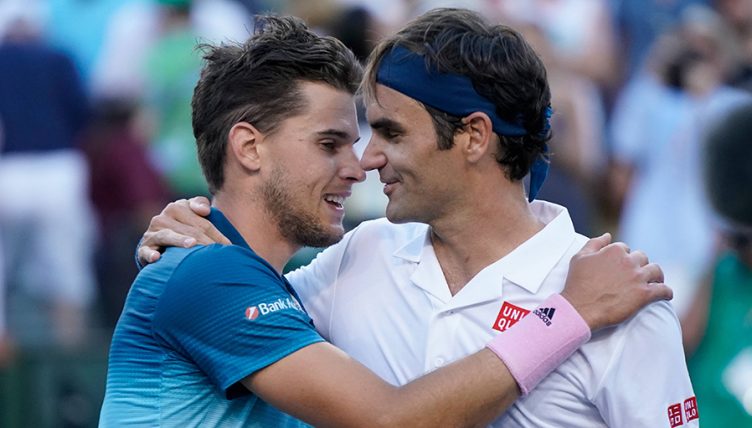 Dominic Thiem has opened up on the challenges of winning a Grand Slam in the Novak Djokovic, Rafael Nadal, and Roger Federer era.

Thiem will face Novak Djokovic in the French Open semi-final on Friday, as he aims to match his achievement of reaching the final last year.

Then, he lost to Rafael Nadal, and he will be very much the second favourite against world number one Djokovic too.

However, while Thiem understands that better than most, he is determined to leave everything on the court in pursuit of his Grand Slam dreams.

“Because, especially for us players who didn’t have one yet, if everything goes quite normal, we have to beat two players with 15 or more grand slams.

“But I will step on the court, try everything, of course, give everything.

“I hope it’s going to be positive in the end, but the challenge is huge.

“Novak is in very good shape again, probably playing his best tennis of his life.

“I’m in the semi-finals with maybe the three best players of all time, so everybody can see how tough the way is for me.”